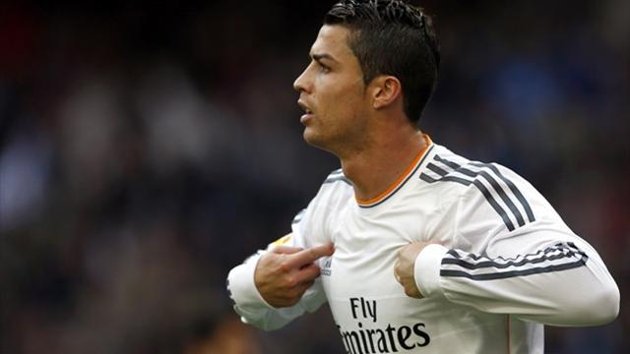 With his five goals against Granada, Cristiano Ronaldo reached 300 as a Real Madrid player, making him the third Whites player to reach the figure after Raúl and Di Stéfano.

According to realmadrid.com, the Portuguese has hit the tally in 287 appearances and only has Raúl and Di Stéfano ahead of him. His scoring rate is impressive, and betters that of the two Madrid legends.

In his time at the Santiago Bernabéu, Cristiano Ronaldo has so far scored 214 goals in La Liga, 60 in the Champions League, 21 in the Copa del Rey, 3 in the Spanish Super Cup and 2 in the European Super Cup.