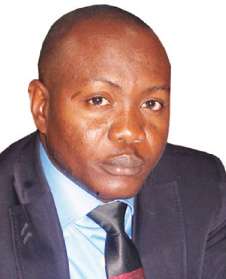 The All Progressives Congress (APC) Chairmanship aspirant in Epe Local government area of Lagos, Muiz Bello, is dead,  after the boat conveying him to a polling unit to cast his vote capsized.Bello, his wife and the director of the Lagos state Ministry of Local Government and Chieftaincy Affairs, Olakunle Adewale were in the boat that capsized, leaving Bello, Adewale and others dead.Only Bello’s wife survived the mishap. The bodies of Bello and others yet to be identified are yet to be found.
The Olu of Epeland, Oba Sefiu Adewale, who is Olakunle’s father, confirmed the incident to the News Agency of Nigeria (NAN). Olakunle has since been buried according to Islamic rites.