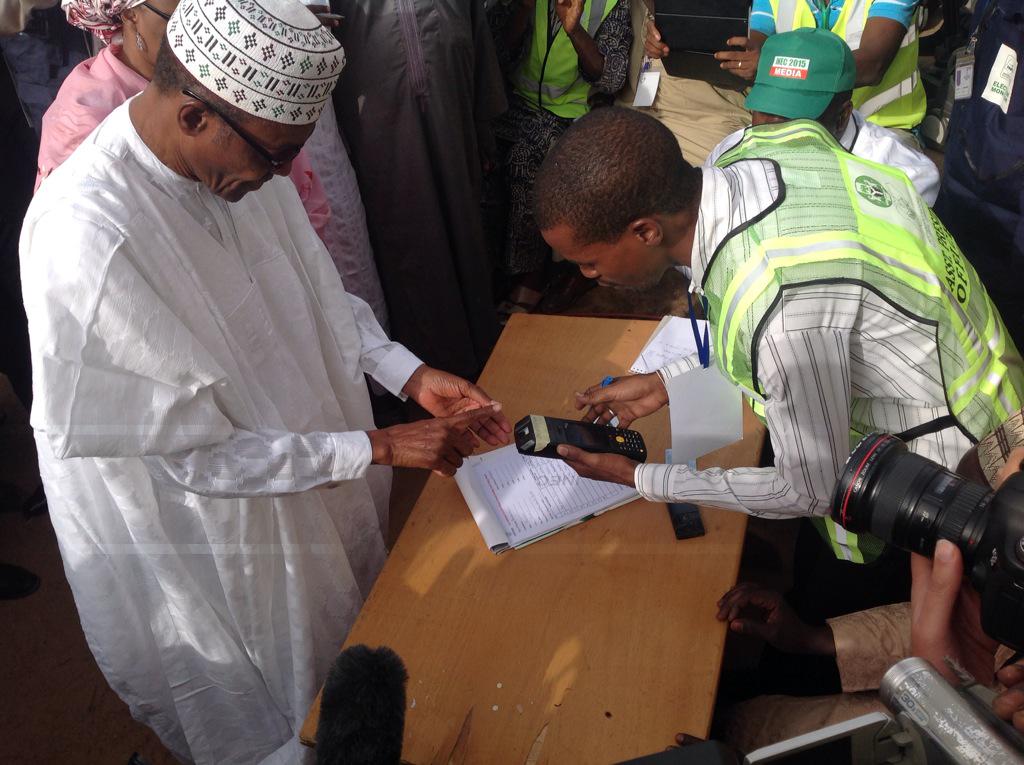 The Presidential candidate of the All Progressives Congress (APC), General Muhammadu Buhari, has expressed satisfaction with the conduct of the Presidential and National Assembly elections nationwide.

General Buhari said the hiccups experienced in few states over the card readers were not enough to cast aspersions on the election.

Fielding questions from Journalists in his house in Daura, Katsina State, General Buhari said reports made available to him by his observers indicated that the election had been generally peaceful.

General Buhari commended the Independent National Electoral Commission for extending the exercise in some polling units till tomorrow.

The APC Presidential candidate, however, appealed to all his supporters to remain calm no matter the outcome of the election.

The electoral body had released an adjusted guideline for the elections, allowing the ad-hoc staff at polling units to accredit voters with the manual register to allow eligible voters with accreditation issues exercise their civic right.

General Buhari had earlier cast his vote at his hometown, Daura in Katsina State.

He is the strong opposition to the incumbent President and the presidential candidate of the Peoples Democratic Party, Goodluck Jonathan.