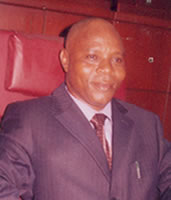 In what appears remains a mystery to Akwa Ibom indigene, Hon. Okon Uwah, a former deputy speaker of the House of Assembly candidate in Akwa Ibom State, was reportedly killed on Wednesday while on campaign in Ward Three in the Ukanafun Local Government Area.Uwah, who was contesting on the platform of the All Progressives Congress to represent the Ukanafun State Constituency, was said to have slumped and died, while campaigning in Nkek, in Ukanafun Local Government of the State.The facts of his death remained sketchy as of the time of this report but our correspondent learnt late on Wednesday that the corpse had been deposited in a morgue in the area.The state Commissioner of Police, Mr. Gabriel Achong, confirmed the killing to our correspondent in Uyo late on Wednesday.He said his men had arrested many suspects.The CP said, “I have just spoken with His Excellency, Governor Godswill Akpabio and he said I should bring all those responsible to book even if they are members of the Peoples Democratic Party.

“Because of that I have changed my plan to travel to Abuja for an engagement. I have moved the Area Commander in Ikot Ekpene and the Divisional Police Officers to Ukanafun.”

She’s The Man! Egyptian Widow Disguised As A Man For 43 Years To Fend For Her Family; Honoured