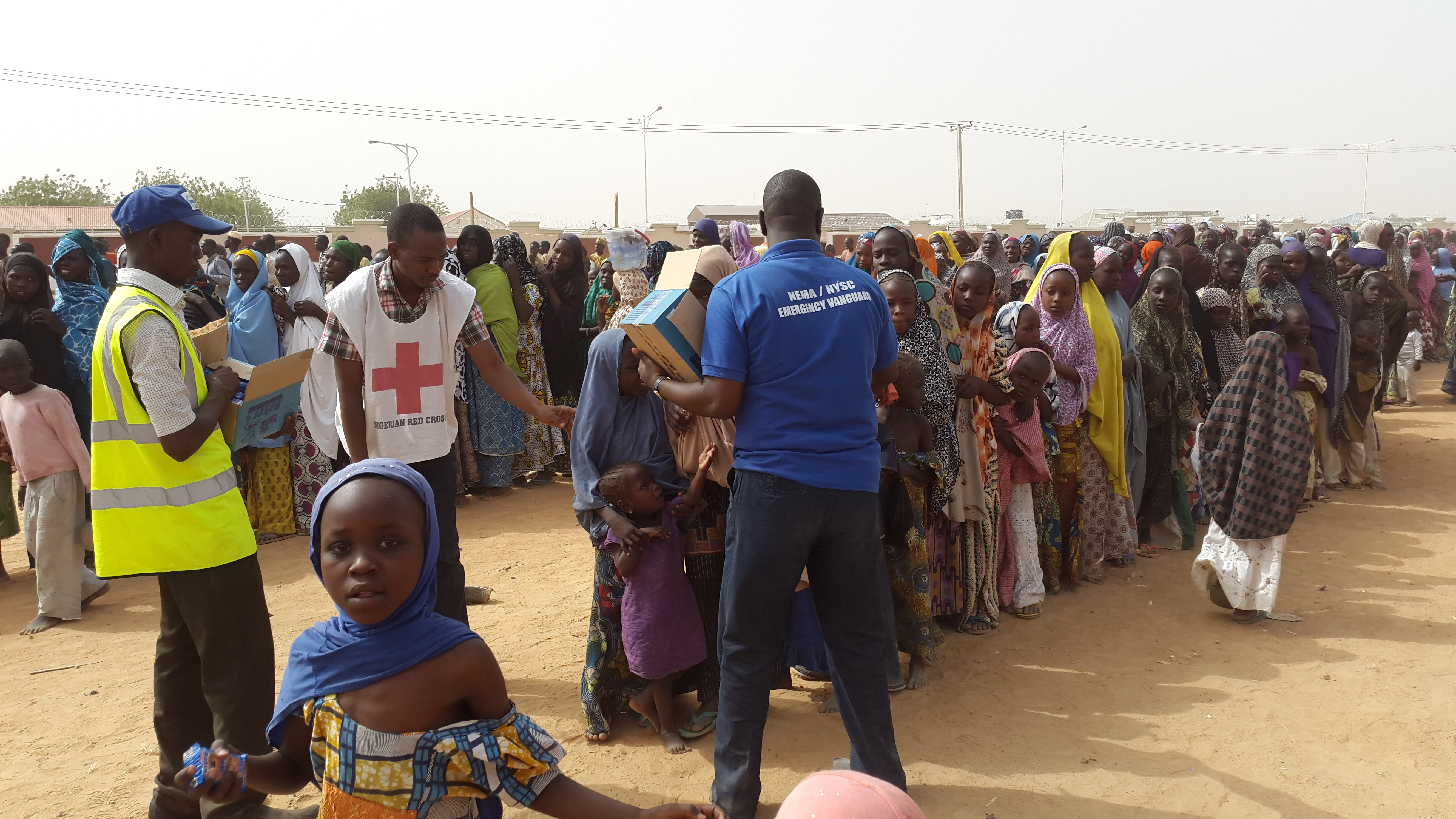 Members of the National Youths Service Corps (NYSC) are actively involved in the distribution of relief materials to victims of terrorism in liberated communities in the North-East.

The corps members who came from various backgrounds and states in Nigeria have demonstrated great commitment and courage in their places of service in the North-Eastern Nigeria.

As a result of the gains recorded by the military in liberating communities under occupation of insurgents, the National Emergency Management Agency (NEMA) engaged the service of the corps members and other volunteer groups in the massive relief operation in various Internally Displaced Persons’ camps to bolster previous interventions in Adamawa, Borno and Yobe state.

A statement by the Zonal Information Officer of NEMA in North-East, Mr. Abdulkadir Ibrahim disclosed that the contributions of youth corps members and other groups including Red Cross and Civilian JTF have improved the relief distributions in various camps.

While addressing Internally Displaced Persons in one of the camps in Maiduguri, the Zonal Coordinator of NEMA, Muhammed Kanar said: “as soon as Nigerian troops recover and rehabilitate communities from terrorists and guarantee security of life and property, NEMA collaborates with the stakeholders in ensuring that the people are resettled by adequate provision of humanitarian services.”

More truckloads of relief materials have been transported to various rehabilitated communities and Internally Displaced Persons camps in the North-East. The items include food, medicament, bedding, clothing, soaps among others.

Kanar added that “While the agency provides books and other educational aids for the schools in the camps, the youth corps members teach pupils and students in the Internally Displaced People Camps in various communities.”