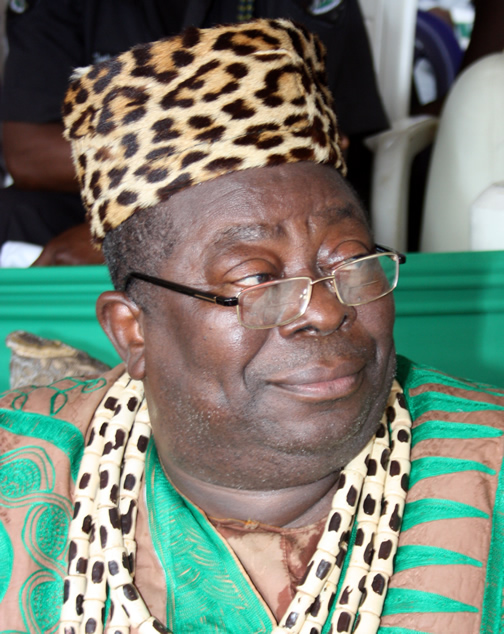 The Traditional ruler of the Tiv speaking tribe of Benue state, Tor Tiv, Dr Alfred Torkula, has been allegedly, sacked from his hometown by Fulani insurgents. This is according to the Paramount Ruler of Gwer West Local Government Area council, Chief Daniel Abomste.

The monarch made the disclosure on Tuesday at his Makurdi Government House Lodge, when he received the newly elected leadership of the Nigeria Union of Journalists, Benue State Council, who paid him courtesy visit.

The Tor Tiv is from Guma LGA, one of the worst affected councils in the state by the Fulani herdsmen insurgency, where his family compound was razed last year.

He said, “As I speak with you, Fulani insurgents has taken over the village of Tor Tiv. His Royal Majesty, Dr Alfred Akawe Torkula, can no longer attend burial and other functions in his community. They walk freely with guns and all I know is that the invasion is a conspiracy against Tiv people and Benue community.

“These insurgents, who disguise as herders, confiscate everything belonging to our people; and if nothing urgently is done, it therefore means that Benue State, and by implication, Nigeria, is sitting on a keg of gun powder due to our strategic location.”

Abomtse added that nine districts in his domain, were currently under the control of the insurgents, whom he argued were not “ordinary” nomads.

He added, “These are trained snipers; they go around with sophisticated weapons and what we notice is that they are not the ordinary nomads we know.

“We are also of the opinion that the Governor of Nasarawa State, Tanko Al-Makura, be made to answer questions as the Chief Security Officer of the state where these gunmen come into Benue.”