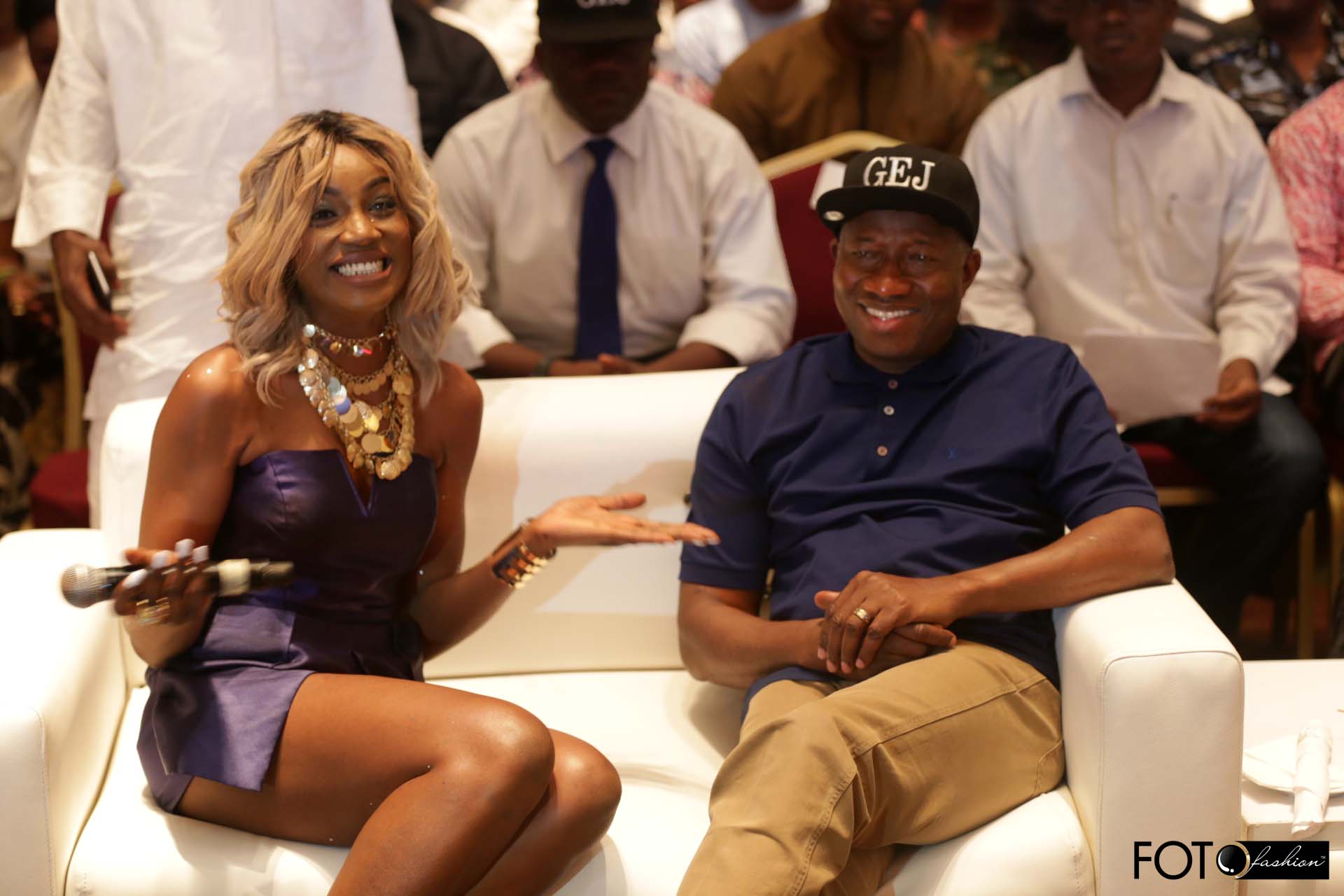 “Seduce what? I am a very respectable young lady and I was not in any way trying to seduce the President with the outfit I wore. I had two outfits for the event, one was for my performance and the other was worn after I performed. The dress I was pictured in with the President was what I wore during my performance,” Seyi Shay explains.

Speaking further in a chat with Punch newspaper, the singer explained: “I came on stage and greeted everyone according to their culture and I did the same for Mr. President. He was impressed and he asked where and how I knew how to greet in his native dialect and I said I learnt it. That was what brought about the giggling and smiles in the picture. I’m a performer and what I do on stage doesn’t reflect my everyday life. I had two outfits on that day and it was a youth event. Who wouldn’t feel overwhelmed meeting the President? Well, I did and I felt honored because it is not every day you get to meet the president of your country.”

While You Slept, Nigerian Twitter Slammed Genevieve For Not Being Married & Uche Jombo Was Awake

Another Hollywood Divorce! Newlyweds Solange and Alan Allegedly On The Brink of Separation