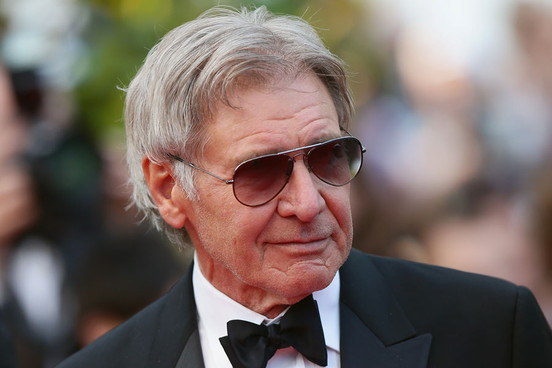 Harrison Ford is expected to make a ‘full recovery’ after his plane crashed yesterday, Thursday 5, 2015.

The 72-year old actor suffered wounds to his head when the two-seater plane he was piloting smashed into Penmar Golf Course in Venice, Los Angeles after he was forced to make an emergency landing when the engine malfunctioned.

His spokesperson said: ‘Harrison was flying a WW2 vintage plane today which stalled upon take off. He had no other choice but to make an emergency landing, which he did safely.’ ‘He was banged up and is in the hospital receiving medical care. The injuries sustained are not life threatening and he is expected to make a full recovery.’

And the ‘Star Wars’ actor’s son, Ben has reassured fans his father is doing ‘OK’. He tweeted: ‘At the hospital. Dad is ok. Battered, but ok! He is every bit the man you would think he is. He is an incredibly strong man.’

According to the National Transportation Safety Board (NTSB), Harrison reported a loss of engine power to his plane and appeared to have hit the top of a tree before landing on the golf course.

The vintage training plane nose-dived into the grass shortly after takeoff from the Santa Monica Airport, according to Ian Gregor of the Federal Aviation Administration….

Chris Brown Wanted A Baby With Karrueche Tran, But She Insisted On Getting The Ring First

“My Heart Throbs And Thrive In Joy” Ghollywood Actress, Nadia Buari Confirms The Birth Of Her Twins