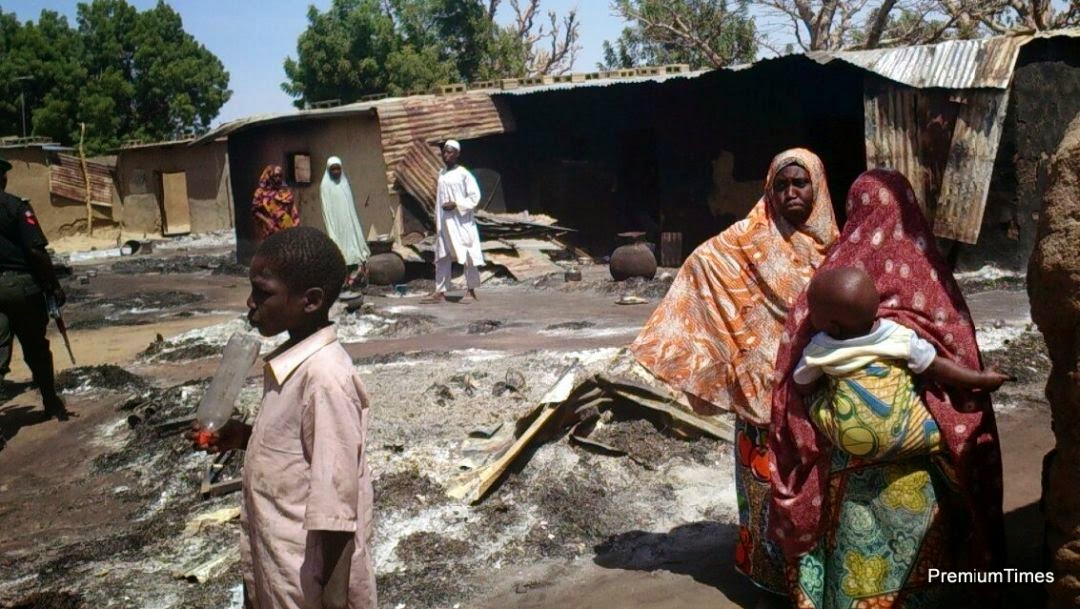 Boko Haram militants have been amassing in the northeast Nigeria town of Gwoza, believed to be the group’s headquarters, killing residents who were unable to flee, a senator and witnesses said Thursday.

A female resident who fled Gwoza on Tuesday and requested anonymity said the insurgents rounded up elderly men who were studying the Koran outside the home of a local cleric.

The men were later executed in front of their wives, the witness told AFP from Yola, capital of neighbouring Adamawa state.

“The Boko Haram men brought out brand new guns from cartons, tested them and shot dead all the men who they forced to lie face down,” she said.

Some of these details were supported by area Senator Ali Ndume, who also confirmed the large build-up of insurgents in Gwoza.

“Boko Haram insurgents have in recent days been converging in Gwoza where they killed many male residents and chased women and children out of the town,” said Ndume.

The group’s leader Abubakar Shekau proclaimed Gwoza part of a caliphate and reclaiming the town that was captured last June would be a huge prize for Nigeria’s military.

Nigeria, Cameroon, Chad and Niger have since last month been waging an unprecedented joint offensive against the insurgents, claiming the recapture of several key towns and villages previously under Islamist control.

Ndume speculated that the Islamists were preparing to defend the symbolically important town before an expected military advance, possibly by Chadian troops who are operating in the area with Nigeria’s permission.

The motive for the rebel build-up in Gwoza could not be independently confirmed but witnesses said a large number of residents had also been killed in recent days.

The current population of Gwoza is hard to estimate.

Many people in the town on the Cameroon border fled amid the rebel takeover in June but many others — including those too old or sick to run — stayed behind.

There were also indications that Boko Haram tried to reassure people that it was safe to stay in the town and live under the so-called caliphate.
Experts say Chad’s well-trained army has offered a huge boost to Nigeria in recent weeks as both nations have boasted of major successes against the insurgents.

Chadian President Idriss Deby on Wednesday claimed he knew where Shekau was and called on him to surrender while vowing to “wipe out” the Islamists.

Nigeria is under intense pressure to show progress against Boko Haram ahead of March 28 elections, which had been slated for February but were postponed by six weeks to allow the military more time to pacify the northeast.