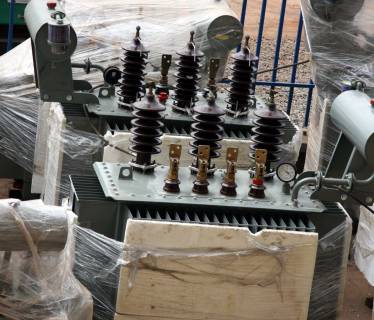 When the National Leader of the All Progressives Congress (APC), Asiwaju Bola Tinubu, said at Murtala Muhammed International Airport in Lagos on return from an overseas trip in September 2012 that with the exit of Professor Bart Nnaji as Minister of Power the Goodluck Jonathan administration had destroyed Nigeria’s electric power sector, apologists of the regime accused him of crying wolf where none existed. But it has become crystal clear now that Asiwaju Tinubu’s statement was prescient.

The Manufacturers Association of Nigeria (MAN) has now alerted the whole nation to the fact that over 70% of industrial concerns in the country could collapse anytime from now because of grossly insufficient power supply across the country and the arbitrary increase in electricity tariff which the National Electricity Regulatory Commission(NERC) approved for the 11 distribution companies to charge from last month, based on the thinking that the 2015 general election would hold in February.

While NERC approved only a 24% hike, the Enugu Electricity Distribution Company (EEDC) has been charging hapless commercial concerns in the Southeast geopolitical zone a whopping 94% increase. Consequently, manufacturing firms like Innosons Motors, which are forced to pay N100m monthly each to the EEDC are on the verge of collapse, with over a million employees thrown into the labour market. Since manufacturing firms in the Southeast now pay much higher than their counterparts elsewhere in the country, they are under pressure to relocate to other parts of the nation, according to the chairman of the Kotek Group, Chief Chika Emelike, who is based in Nnewi, Anambra State, where he manufactures Tummy Tummy noodles, among other products. At no point in our national history have manufacturers been faced with a gloomy future as much as under Jonathan.

What is clear to all Nigerians is that the outgoing President Goodluck Jonathan government has finally run the power sector aground. The country has been generating less than 4,000 megawatts of electricity, but the current Minister of Power, Professor Chinedu Nebo, a serving high Anglican priest, has been compelled to tell lies serially to the effect that 4,500MW is generated. The amount of electricity clamed is still about 1,000MW less than the quantum of power the country was producing when Prof Nnaji left office in August, 2012.

The present generation level of less than 4,000MW is a far cry from the 10,000-15,000MW promised in the Road Map for Power Sector Reform, which Jonathan launched with fanfare in Lagos on August 26, 2010. Thermal power plants are routinely commissioned even where there is no molecule of gas, examples being the National Integrated Power Project (NIPP) stations in Geregu, Kogi State, and Omotoso, Ondo State. The leadership of the Ministry of Petroleum Resources which is responsible for gas is not interested in gas issues because it does not bring humungous and immediate private benefits like crude oil swap and subsidy payment.

The nation’s transmission network is in a total mess. It is too weak to wheel even the paltry 3,800MW currently generated during peak period. The board of the government-controlled Transmission Company of Nigeria (TCN) has been the hotbed of intrigues and politics which owes to avarice, resulting in two chairmen and two chief executives in one year.

Practically all operators in the now privatized power sector are in the throes of death because the assumptions upon which they participated in the privatization bid do not obtain. The generation companies have little gas from the Nigerian National Petroleum Corporation (NNPC) to fire their plants to full capacity. The transmission infrastructure cannot transport the limited quantity of power available to different parts of the country on account of ageing and poorly maintained facilities. Therefore, distribution companies do not have reasonable quantum of power to sell to the public and generate reasonable revenue. Yet, the government has forced these struggling firms to pledge a donation of N5billion to its reelection campaign fund based on a promise announced by the Minister of Petroleum Resources last September 30 to grant the operators a facility of N213billion.

The whole nation is amazed at how Jonathan has given the power sector reform a very bad name. In the name of privatization, for instance, assets of the defunct Power Holding Company of Nigeria (PHCN) have been handed over to cronies of the outgoing regime, rather than the best organizations which bidded for them. The privatization of the Enugu and Kano electricity distribution companies readily comes to mind. The financial and technical capacities of the so-called winners are nothing to write home about. The Jonathan government blatantly flouted its own rules on the privatization of PHCN assets.

Under Jonathan the Nigerian nation is facing its worst electricity crisis ever. Power outages now last for several days across the country; and whenever there is electricity the quality is embarrassingly poor. Yet, the people are being made to pay through their nose every month. The promise of providing prepaid metres to our long suffering and exploited people has remained a mirage, like any other pledge by the outgoing government.
It is the moral responsibility of every Nigerian who wants to save this country from imminent collapse to vote out this ineffective, inefficient and very corrupt regime on March 28. A new order will emerge not just in the electric power sector but also in all facets of our national life. We have no other country than Nigeria. We must salvage it together.

Adekoya Boladale: At A Table With The King- A Memoir Of ‘Meet The President’

Bayo Oluwasanmi: How President Jonathan And PDP Plan To Rig Election Before You Vote