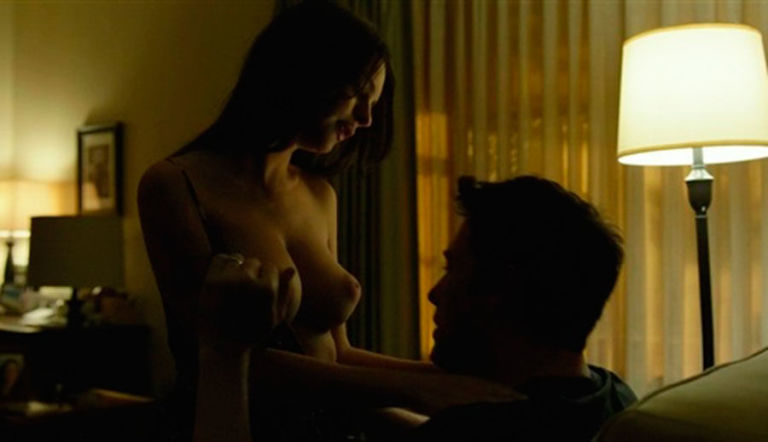 Cheating sucks. But unfortunately it happens, time and time again. Thanks to the unforgivably honest people of Reddit, the Cosmopolitan team have managed to capture a bit of insight into what actually makes people cheat. Read, at your peril:

1. Negative past experience
“I have cheated a whole bunch. On just about every single girlfriend I have ever had throughout my entire life. It branches out from an insecurity that I may have developed in middle school when I got cheated on for the first time. I think I figured if I am the first to cheat I can’t get hurt if she does the same thing.

“Later in life my reasoning changed/morphed to a darker insecurity about being accepted by women. “If girls still wanted me then I was doing something right.” I have since grown up and taken a lot of time to work past the narcissistic nature of all of this. I had to give up drinking and cut party girls and the party scene out of my life almost entirely. But even after doing all of that and having a reasonably functional relationship for the past 2 years I can still hear that dark voice sometimes reasoning with me on why I should try and fuck this girl.”

2. Falling out of love
“I know somebody, and this is their situation: They are unhappy, on so many levels. He is selfish, she lacks confidence. They are a shit storm of needing each other without wanting each other.
They got pregnant after about a year of dating and now live together in his mom’s basement. So now the kid is starting school, she feels stuck and going nowhere, and doesn’t know where to go if she does leave him.

“She is lashing out because she controls nothing. She is cheating because there is almost nothing left for her. She can’t go anywhere because she hasn’t the money, or because various family members are in situations that don’t allow for assistance right now. It’s honestly a whole sad twist of events. She is so unhappy that the only thing she can control, the only thing that makes her happy, is having sex with some other dude.”

3. Distance
“I always said I would never cheat. I broke that vow recently.

“My girlfriend or whatever we are now moved across the country a few months ago. Despite our phone conversations, I’ve been pretty lonely. In the meantime, a very close girl friend of mine has been having troubles with her bf. I’ve known her for years and we have always had a connection but both of us were always in other relationships so we’ve remained close friends. Several nights ago we both got drunk and had (great) sex. I felt so guilty about it the next day, though. I told my girlfriend I wanted to break up, but made up excuses as to why. We still talk but the other girl is sticking around and saying she wants to break up with her bf for me. This ordeal is giving me some serious mixed feelings.”

4. Falling for someone else
“When I was in college I had a friend named Lee. He was a nice enough guy; not particularly attractive, but a hard worker. We ended up going to the same graduate school as each other and started dating. In hindsight, we dated because we knew each other. We were married 4 years later. Life was decent, and when we were both finished with school we moved. .

“When we moved, he changed. We used to do things together, but he started pawning me off on male friends of mine. If I wanted to go to a concert, he would ask me to see if one of my male friends would go with me so he wouldn’t have to. He was constantly trying to change me. He was picking apart my appearance every day.

“Eventually I fell in love with one of the guys that he was pawning me off on, Bee. As soon as I realized that my marriage was over and that I was in love with another man I left the master bedroom for the guest bedroom. I told Bee how I felt. He let it sink in a few days and told me he felt the same way. We started dating while I was separated (by bedrooms, not legally), but my husband didn’t know. I had no intention of staying married, but I was trying to give him enough time to process what was going on. So I became a despicable cheater. I still beat myself up over it 4 years later. I didn’t overlap sleeping with anyone or anything physical, I was just still legally married and my husband was in the dark that the separation was permanent.

“In the aftermath, I forged an amazing relationship with Bee, and we are still together. He’s my soulmate, my perfect half.”

“Well I haven’t done it yet. I think I probably would given the opportunity though. Basically we’ve stopped having sex. We’ve talked about it a lot and there doesn’t seem to be any resolution in sight. It’s pretty rough cause nothing else is really wrong. I think if I asked for an open relationship that would just end it (she’s rather conservative in this regard). I think staying with her is better for our child and honestly there’s nothing wrong other than the sex so it’s not like we’re fighting in front of the kid all the time or anything. I’m hoping to think of a better solution but reaching the end of my patience.”