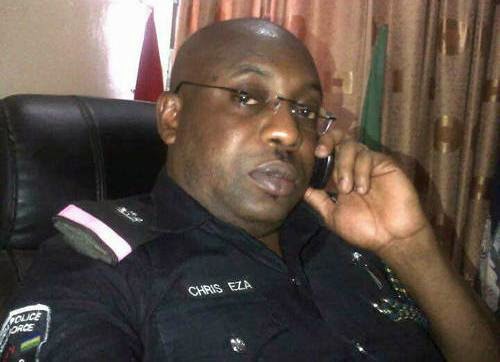 A mobile policeman in Bauchi state shot dead his superior and former ADC to Governor Emmanuel Uduaghan, Superintendent of Police, Chris Eza (pictured above), yesterday February 26th in Bauchi.According to family sources, Chris Eza had gone out to get food at an eatery along Ahmadu Bello way around 9pm when he saw some police officers on patrol. On observation, he found out that one of them, the suspect, was not properly dressed and immediately cautioned him. The junior officer, a Corporal, got angry and began to grumble for being told to dress properly. An angry Chris felt his action was unacceptable and warned the officer that he was going to disarm him if he didn’t take care. Instead of apologizing, the junior officer cocked his gun and threatened to shoot his boss.

He told Eza that if he came close to him, he would shoot. Calling his bluff, Eza moved towards the officer, who immediately opened fire. Other officers around rushed Chris to the Abubakar Tafawa Balewa University Teaching Hospital (ATBUTH) Bauchi where he was declared dead on arrival. Until his death, he was the MOPOL 11 Commander.
The officer has since been arrested and investigations into the motive for the killing is ongoing.

Fani-Kayode Alleges Tinubu’s Plot To Take Over Power From Osinbajo; In The Event Of APC’s Victory And Buhari’s Ill Health

Corp Member Commits Suicide After Girlfriend’s Engagement To Another Man