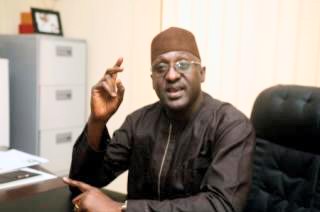 The Coordinator of the National Information Centre, Mr. Mike Omeri, has stated that the blood-thirsty Islamic State in Iraq and Syria, (ISIS), is currently using the social media to radicalize and recruit Nigerian youths, particularly those who come from a wealthy background.

Omeri, disclosed this on Thurday during a press briefing in FCT, Abuja. He called on wealthy Nigerians, especially those whose children are schooling abroad to remember the case of Farouk Abdulmutallab, the underwear bomber, by keeping a close tab on their children.

Omeri said; “The Centre also wishes to alert the nation of intelligence reports indicating the radicalisation of our youths through the social media and a variety of other sources. “The reports show that these youths who are mostly children of the rich and affluent are being recruited into ISIS.

“We, therefore, call on parents and guardians, especially those whose wards are schooling abroad, to closely monitor the activities of these students who may be susceptible to the antics of the promoters of the ISIS ideology.”

Ondo Police Command Distance Self From Planned Strike Action; As Traders Back Buhari