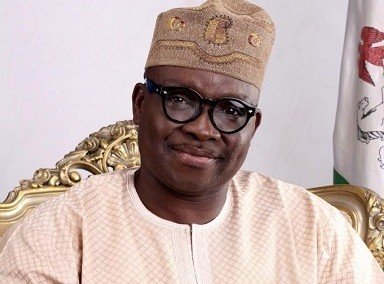 The All Progressives Congress (APC) in Ekiti State has filed a petition against the state government at the National Human Rights Commission (NHRC), seeking investigation into the pre-election violence in the state.

The APC claimed that the state government sponsored the pre-election violence in the state.

In the petition, the state chapter of the APC, led by its secretary, Mr Omotosho Ayodele, accused the state government of violent attacks against its members.

The NHRC was asked to investigate and prosecute the perpetrators of electoral violence both in Ekiti State and across the nation.

However, responding to the claims of the APC, a special Assistant to the Ekiti State Governor on Public Communications and New Media, Lere Olayinka, described the allegation that Governor Ayodele Fayose was sponsoring violence in the State as a ‘blatant lie’.

Olayinka said the APC should rather tell “its fugitive State Chairman, Jide Awe, House of Assembly members, Kehinde Boluwade and Ogunrinde Ojo Michael, as well as other leaders of the party that are wanted for alleged murder to surrender themselves for trial”.

“There is no violence in Ekiti State. At best, violence only resides in the minds of APC and its leaders because they spent four years unleashing terror on Ekiti people.

Fani-Kayode Differs With Jonathan On Authenticity Of #EkitiLeakTape; Denies It Was Plot To Rig Election