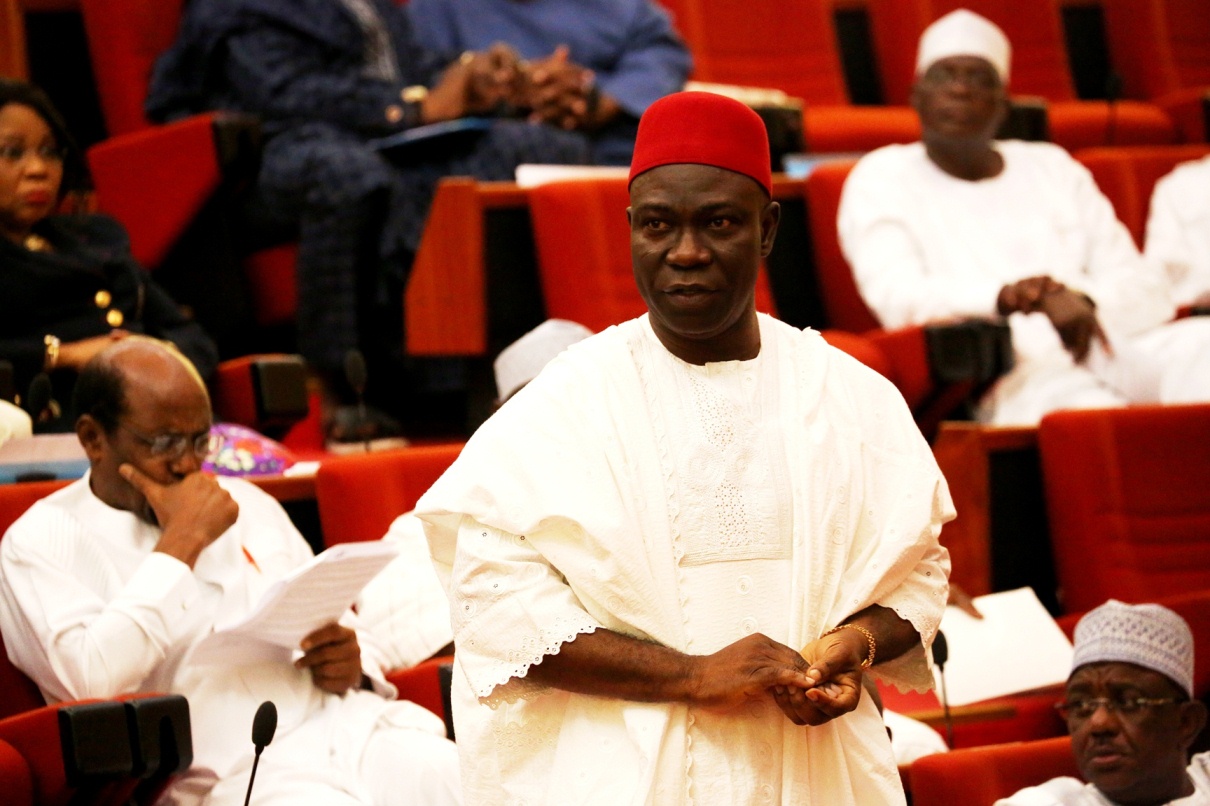 The Upper Chamber of The National Assembly, the Senate on Wednesday, expressed confidence on the Independent National Electoral Commission’s (INEC) readiness to conduct free, fair and credible elections.

The Senate President, David Mark, disclosed this when the Chairman of INEC, Prof. Attahiru Jega, briefed the house and demonstrated how the card reader would be used during plenary.

Prof. Jega appeared before the Upper Chamber, after a summon, to brief senators on the readiness of the Commission to conduct the polls, as well as demonstration of how the card readers would work.

The Chairman duely attended the Senate session, Wednesday, and briefed senators on the eligibility of the use of card readers, among other necessary steps, taken to ensure credible elections.

Mark, who expressed satisfaction at the demonstration of the card reader and the level of preparedness of INEC, said that the session was beneficial.

“We have so much confidence that you will organise free, fair and credible elections; indeed all of us who are standing for election in the Senate will like to come back.

“We will like to win our election but we want to win in free, fair and credible elections. I can say that nobody seated here wants to come back through the back door.

“It is for us to assist you to conduct free, fair and credible elections and whatever we can do between now and the date you have chosen for us to go for the elections, we will not hesitate to do.

“I believe that you have benefitted from this interaction; we have also benefitted.

“A number of issues have been raised and they are pointers to the way you will like to look at the administrative and technical issues that have also been raised.’’

Mark urged all senators to utilise the commission’s email address to report any problems they might be experiencing in their constituencies relating to the elections.

Sen. Bukola Saraki (APC-Kwara) in an interview after the session, said he was satisfied with the card reader demonstration on the floor of the Senate.

He said “I am very satisfied with the working of the card reader; it has shown that it does work.

“I think everybody will be more convinced that for this election, we will be using the card reader.’’

Sen. Ita Enang (PDP-Akwa Ibom) also expressed satisfaction with the demonstration but expressed concern if the card reader was unable to accredit all voters in polling units with high number of voters.

Earlier, the INEC team demonstrated the use of the card reader using PVCs of some senators present.

Presidents, Vice And Other Public Officers Get Pension For Life In Amended Constitution