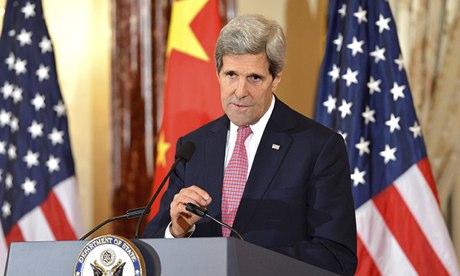 More than 250 US troops will take part in a three-week “Flintlock” training drill of soldiers from Nigeria to combat the Boko Haram insurgency.

According to a Reuters Report, soldiers from Algeria, Burkina Faso, Cameroon, Chad, Mali, Mauritania, Niger, Senegal and Tunisia will also take part in the drill which is taking place in N’djamena, Chad.

The US-backed counter-terrorism exercise involving 1,300 soldiers from 28 African and Western countries is billed as a warm-up for a multi-pronged onslaught against Boko Haram, Reuters reports.

The annual “Flintlock” exercises began in 2005 in an attempt to improve cross-border cooperation in Africa’s arid Sahel belt, a region prey to al Qaeda-linked and home-grown fundamentalists, separatist insurgents and criminal trafficking gangs.

“This exercise to a large extent can be considered a warm-up to enable our special forces to learn techniques in the fight against terrorism,” Chadian Brigadier General Zakaria Ngobongue said in a speech to mark the start of the exercises on Monday.

Presidents from the 10-nation Economic Community of Central African States (CEEAC) pledged on Monday to create an emergency fund for military, medical and logistical support.

The US has indicated interest to help Nigeria in the war on terror but said it was yet to receive any official request for troops.