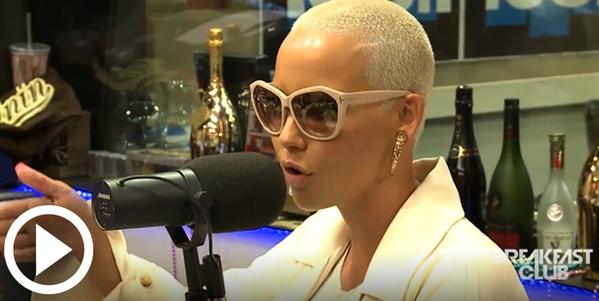 Amber Rose won’t stop until she’s at war with ALL of the Kardashian-Jenner sisters — she just yanked Kim Kardashian into what started out as a jab at Kylie Jenner … by calling her a “whore.”

Amber started the shade-slinging by going on a radio show and ripping Tyga for dating 17-year-old Kylie Jenner. The back story, of course, is Tyga’s ex Blac Chyna is Amber’s BFF. Then Khloe Kardashian stood up for her kid sis with a tweet reminding everyone Amber’s admitted she was a “stripper since I was 15 years old.”

Now … Amber’s fired back with a gem of a meme — a pic of Kanye West with the text … “When ur sister in law calls out ur ex for being a stripper … But ur wife has a sex tape.”
And that was Amber’s 2nd salvo blowing up Kim — earlier she tweeted Khloe, “I’ll be that lil whore to support my family like ur older sister is a whore 2 support hers.”

AY Writes Police IG Over Piracy Of ’30 Days In Atlanta’

Sam Smith Aims To Inspire Gay Children With His Music