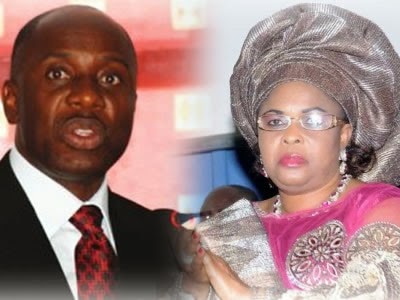 The Governor of Rivers state, Rotimi Amaechi, has accused the first lady, Patience Jonathan and the state PDP Governorship candidate, Nyesom Wike of organizing the disruption witnessed at the APC Governorship rally in Okrika, the village of the first lady earlier today.

NewsWireNGR had reported several explosions and sporadic gunshots disrupted the gubernatorial rally of the APC, in Okrika, Rivers State.

Gov Amaechi, the Director General of the APC Presidential Campaign Organisation, made the allegation while speaking with newsmen after the APC leaders meeting at the Shehu Yar’Adua center earlier today

“As usual, the police couldn’t protect us, over 200 police men. I asked the commissioner of police and he said they had over 200 policemen there. Yet, three explosions and then they opened fire on members of APC. The Channels TV reporter I hear, is injured, stabbed, and members of APC injured. We had meetings with DSS (Directorate of State Security) and police and they confirmed we could go ahead.There were 200 policemen and there were over 20 to 30 DSS men who came there and they did nothing”he said.