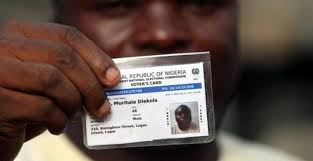 The Independent National Electoral Commission (INEC) in Lagos State said it has disengaged two ad-hoc staff that denied some non-indigenes in the state the collection of their Permanent Voters’ Cards (PVCs).

In a statement signed yesterday by Head, Public Affairs, INEC Lagos State, Femi Akinbiyi, the commission refuted reports that non-indigenes were being denied the collection of their PVCs in a few places in Lagos State.

INEC statement reads, “Our findings, however, revealed that in a few places where we did not have the full complement of NYSC members, some members of the community whom we engaged for the exercise, two of them were found to have denied a few non-indigenes the collection of their cards.”

“We have consequently relieved them of the assignment,” the statement said.

“INEC regrets whatever embarrassment this might have caused the affected members of the public and also wishes to thank those who drew our attention to this act.

We are by this press release stating that no INEC official, permanent or ad-hoc, has been engaged to give cards to people from only one part of the country while denying others their legitimate right of collecting their cards.

“All INEC staff are under firm instructions to give the PVCs to their rightful owners. In doing this, no money was to be demanded or given.”

“Plot For Interim National Government Not Over” – Audu Ogbeh Alleges