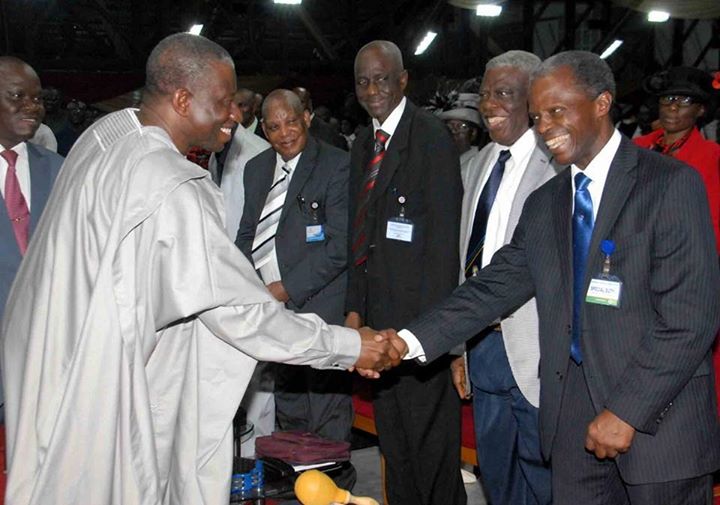 General Overseer of The Redeemed Christian Church of God, Pastor Enoch Adejare Adeboye, has updated his Profile picture and Cover photo of his official Facebook account.

What does it say of the respected Man of God’ updated his profile picture with that of president Goodluck Jonathan, who is the presidential candidate of the Peoples Democratic Party, PDP, ahead of the elections?

In the same vein, the All Progressives Congress, APC, led by its Vice-Presidential candidate and a pastor of the church, Prof. Yemi Osinbajo.

President Jonathan and Prof. Osinbajo were also seen exchanging greetings at the February’s Holy Ghost Service held at the Redemption Camp on Friday.