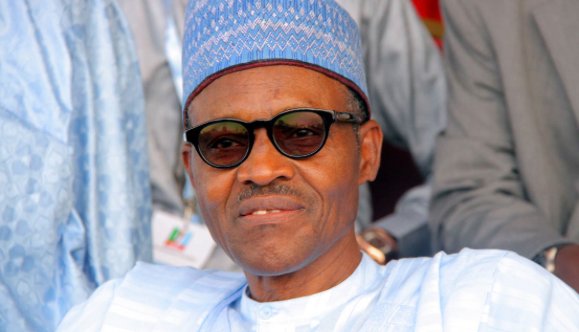 Sometimes there are no good options. Nigeria goes to the polls on February 14th to elect the next president, who will face problems so large—from rampant corruption to a jihadist insurgency—that they could break the country apart, with dire consequences for Nigerians and the world.

And yet, as Africa’s biggest economy stages its most important election since the restoration of civilian rule in 1999, and perhaps since the civil war four decades ago, Nigerians must pick between the incumbent, Goodluck Jonathan, who has proved an utter failure, and the opposition leader, Muhammadu Buhari, a former military dictator with blood on his hands (see article).

The candidates stand as symbols of a broken political system that makes all Nigeria’s problems even more intractable. In this section Capitalism’s unlikely heroesOh, babyThe least awfulLet the states decideIndian winter Reprints Start with Mr Jonathan, whose People’s Democratic Party (PDP) has run the country since 1999 and who stumbled into the presidency on the death of his predecessor in 2010.

The PDP’s reign has been a sorry one. Mr Jonathan has shown little willingness to tackle endemic corruption. When the governor of the central bank reported that $20 billion had been stolen, his reward was to be sacked. Worse, on Mr Jonathan’s watch much of the north of the country has been in flames. About 18,000 people have died in political violence in recent years, thousands of them in January in several brutal attacks by Boko Haram, a jihadist group that claims to have established its “caliphate” in territory as large as Belgium. Another 1.5m people have fled their homes. The insurgency is far from Mr Jonathan’s southern political heartland and afflicts people more likely to vote for the opposition. He has shown little enthusiasm for tackling it, and even less competence. Quick to offer condolences to France after the attack on Charlie Hedbo, Mr Jonathan waited almost two weeks before speaking up about a Boko Haram attack that killed hundreds, perhaps thousands, of his compatriots.

The single bright spot of his rule has been Nigeria’s economy, one of the world’s fastest-growing. Yet that is largely despite the government rather than because of it, and falling oil prices will temper the boom. The prosperity has not been broadly shared: under Mr Jonathan poverty has increased. Nigerians typically die eight years younger than their poorer neighbours in nearby Ghana. Goodbye Jonathan Voters have ample cause to send Mr Jonathan packing. In a country where power has often changed through the barrel of a gun, the opposition All Progressives Congress has a real chance of winning through the ballot box. Yet its candidate, Mr Buhari, is an ex-general who, three decades ago, came to power in a coup. His rule was nasty, brutish and mercifully short. Declaring a “war against indiscipline”, he ordered whip-wielding soldiers to ensure that Nigerians formed orderly queues. His economics, known as Buharism, was destructive. Instead of letting the currency depreciate in the face of a trade deficit, he tried to fix prices and ban “unnecessary” imports. He expelled 700,000 migrants in the delusion that this would create jobs for Nigerians. He banned political meetings and free speech. He detained thousands, used secret tribunals and executed people for crimes that were not capital offences. Should a former dictator with such a record be offered another chance? Surprisingly, many Nigerians think he should.

One reason is that, in a country where ministers routinely wear wristwatches worth many times their annual salary, Mr Buhari is a sandal-wearing ascetic with a record of fighting corruption. Few nowadays question his commitment to democracy or expect him to turn autocratic: he has repeatedly stood for election and accepted the outcome when he lost. He would probably do a better job of running the country, and in particular of tackling Boko Haram. As a northerner and Muslim, he will have greater legitimacy among villagers whose help he will need to isolate the insurgents. As a military man, he is more likely to win the respect of a demoralised army. We are relieved not to have a vote in this election. But were we offered one we would—with a heavy heart—choose Mr Buhari. Mr Jonathan risks presiding over Nigeria’s bloody fragmentation.

If Mr Buhari can save Nigeria, history might even be kind to him. From the print edition: Leaders