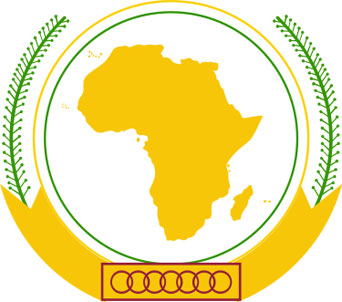 Nigeria, the world’s seventh largest producer of hydrocarbon, accounts for about 68.1 per cent of the total revenue Africa is losing annually as a result of illegal transfer of revenues abroad.

The report of the Thabo Mbeki High Level Panel on Illicit Financial Flows from Africa adopted on Sunday by African Union Heads of State and Government at their summit in Addis Ababa, Ethiopia said about $40.9billion (about N6.87trillion) of an estimated $60billion (about N10.08trillion) lost through such transfers from Africa are traced to Nigeria.

The funds are stolen through corruption, tax evasion and illegal transfer of profits by multinationals, the AU said. Nigeria, which produces an average of 2.3million barrels of oil daily as the leading hydrocarbon producer in Africa, is being ravaged by poverty and underdevelopment.

The report also identified Egypt and Morocco as the other countries with the largest estimates of illicit financial flows statistics of $28.2billion and $20.3billion respectively.

Concerned by the high losses through these illegal transfers, which was identified in 2011 as one of the threats to the inability of most resource-rich countries in Africa to meet their millennium development goals, MDGs, the AU at its 4th Joint African Union Commission/United Nations Economic Commission for Africa, AUC/ECA, Conference of African Ministers of Finance, Planning and Economic Development constituted the Mbeki Panel to review the underlying issues stalling Africa’s accelerated and sustained development objective.

At the presentation of the report on Saturday, the panel gave a set of recommendations that would guide African leaders in checking the growing threats of the menace to the continent’s economy, including the activities of extremist groups, instability, and poverty.

Part of the recommendations included a system that would allow automatic exchange of tax information among African countries and globally to check illegal profits shifting by multinational corporations to subsidiaries in tax haven or secrecy jurisdictions.

The interrelationships of these issues, it stated, conferred a technical character requiring transparency across all aspects to ensure access to information and the right to obtain such information.

The Panel, which noted illegal profits shifting by multinational corporations as one of the biggest single source of illicit outflows in the continent, advised countries to ensure that the automatic exchange of tax information be subject to national capacity, to maintain the confidentiality of price-sensitive business information.

“African countries need to acquire the capacities and technology to monitor extraction of their natural resources better and to negotiate contracts more effectively,” the report said.

According to the report, tax incentives were not usually guided by cost-benefit analyses, as such African countries grant a host of tax incentives, such as tax holidays, investment allowances, tax rate reductions and administrative discretion in order to attract foreign direct investment, FDI.

Considering the effort needed in asset recovery and repatriation, the report said regulations and mechanisms were needed to ensure that financial establishments and banks identified and refuse to accept illicit financial flows, rather than relying on self-regulation by banks.

The Panel recommended that African governments engage with non-African private and public actors involved in developing mechanisms, policies and laws adopted by intergovernmental organisations and governments outside the continent that facilitate the flow of illicit funds out of Africa.

Considering that the bulk of illicit financial flows, such as trade mispricing and transfer pricing, are trade-based, the Panel asked African countries to develop laws and regulations that make it illegal for operators to intentionally, incorrectly or inaccurately state the price, quantity, quality or other aspects of trade in goods and services while moving capital or profits to another jurisdiction, or manipulate, evade, or avoid any form of taxation, including customs and excise duties.

Besides, the panel recommended that all agencies involved in revenue collection in Africa must ensure that all big and small corporations were not only registered for tax purposes, but also ensure that no corporate registration was approved without proof of tax registration.

While ensuring that the databases of the companies’ registration offices and the tax authorities were linked, the Panel urged African States’ customs authorities to proactively use available databases containing information on comparable pricing of world trade in goods to analyse imports and exports, while identifying transactions that required additional scrutiny.

On transfer pricing, the Panel asked national and multilateral agencies to ensure that data on trade pricing on goods and services in international transactions were made available according to accepted coding system categories.

African countries, it said, should, as a matter of urgency, establish and equip transfer pricing units in revenue in accordance with global best practices and ensure that multinational companies operating in their domains provided the units with a comprehensive report on their disaggregated financial reporting on a country-by-country or subsidiary-by-subsidiary basis.

It said countries and companies operating in extractive industries in the continent should not only join voluntary initiatives like the Extractive Industries Transparency Initiative, EITI, but also demand beneficial ownership information during company incorporation or trusts registration.

All such agencies, it said, should render regular reports on their activities and findings to the national assemblies, while central banks and financial supervision and regulatory authorities must compel banks and non-financial institutions to ensure mandatory reporting of transactions that may be tainted with illicit activity.

To check corruption in the system, the panel urged African governments to assist financial institutions by regularly publishing the lists of politically exposed persons, PEPs, as well as any asset declarations information filed by them.

Owners Of Nigeria’s Oil Bloc Revealed, Are They Affected By The Dwindling Oil Price?