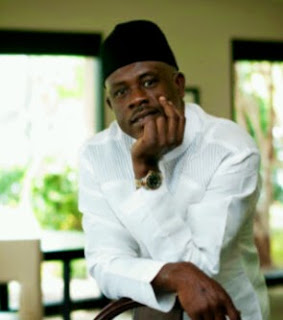 President Goodluck Jonathan has forwarded the names of seven new ministers to the Senate for  confirmation.

Among the nominees are erstwhile Minister of State for Defence, Musiliu Obanikoro, Kenneth Kobani, a former National Treasurer of the defunct Action Congress of Nigeria [ACN], who recently defected to the Peoples Democratic Party, and a former Senator, Patricia Akwashiki.

Mr. Obanikoro was one of the biggest casualties of the gubernatorial primaries of the Peoples Democratic Party [PDP], after resigning his ministerial position on October 15 to vie for the party’s ticket in Lagos for the 2015 election. However, he lost to Jimi Agbaje, a relatively less known candidate, who had the backing of the party’s most powerful leaders in Lagos.

Alongside Mr. Obanikoro, former ministers Emeka Wogu, Labaran Maku, Onyebuchi Chukwu, and Samuel Ortom, also lost their bids after leaving their posts to contest in their respective states. Though, both Maku and Ortom, have since jumped ship, to APGA and APC, in furtherance of their gubernatorial ambitions.

Mr. Obanikoro rejected the Lagos results and filed a legal challenge against the declaration of Mr. Agbaje as winner, kicking off a row that had the potential to ruin any chances the party may have had in snatching Lagos from the grip of the All Progressives Congress, APC in 2015.

The logjam was finally resolved amicably after President Goodluck Jonathan assured Mr. Obanikoro he would reappoint him to cabinet as part of a deal personally brokered by the President to get him to discontinue his legal challenge of the PDP governorship primary result for Lagos State.

Mr. Obanikoro later withdrew his court case, at the same time promising to fully support Mr. Agbaje as the PDP candidate. It appears President Jonathan has kept his word and repaid Obanikoro’s loyalty.