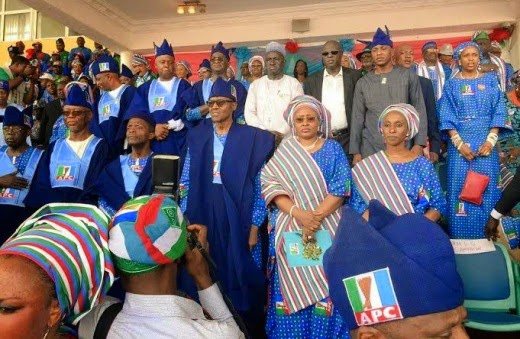 Immediate past Minister of State for Defence and former PDP Lagos gubernatorial aspirant, Senator Musiliu Obanikoro on Friday chided the All Progressives Congress (APC) over denials that its presidential candidate, General Muhammadu Buhari was stoned in Lagos while making his way to the APC Lagos presidential rally.

Senator Obanikoro had condemned the stoning of General Muhammadu Buhari in Lagos on Friday after the news of his stoning broke via online news media platforms and went viral across the social media.

The APC on Friday through its spokesperson, Lai Mohammed denied the report stating that General Buhari was not stoned but rather received cheers from bystanders.

However, Senator Obanikoro in a statement on Friday issued by Ohimai Amaize, his Special Adviser on Media Strategy, noted that the APC’s denial of Buhari’s stoning in Lagos was not only pointless and futile but also does not give the APC any advantage.

“When things go wrong, we must acknowledge and condemn it in order to forestall any future occurrences.

“Senator Obanikoro, based on eyewitness accounts is aware of the stoning incident at Idumagbo area of Isale-Eko, Lagos State and the fact that a woman was injured in the ensuing fracas after General Buhari’s security detail had to shoot into the air to dispel the irate mob”, the statement noted.

Meanwhile see statement see statement issued by the All Progressives Congress denying the report by Obanikoro, that the APC presidential candidate, Maj. Gen Muhammadu Buhari(retd.), was pelted with stones in Lagos on Friday below.

Obanikoro had issued a statement condemning the purported stoning of Buhari on the Lagos Island, where the APC presidential candidate and other party leaders went to pay homage to the Oba of Lagos, Rilwan Akiolu.

However, the APC, in a statement by its National Publicity Secretary, Alhaji Lai Mohammed, said Obanikoro was only trying to impress President Goodluck Jonathan because he had been nominated as a minister.

The party said Buhari and the party leaders were not stoned but rather received cheers from bystanders, who are eager for a change in the leadership of the country.

The statement read, “Gen. Buhari and other top leaders of the APC rode in an open bus from the Palace of the Oba of Lagos to the Teslim Balogun Stadium venue of the rally, to great cheers from Lagosians, who lined the route.

”Not once was he pelted with a stone during the almost two-hour ride. It is obvious that those who were paid by Obanikoro to stone the General failed to deliver. We therefore urge him to seek a refund of whatever money he paid to his hired hands to pelt Gen. Buhari with stones.

“Obanikoro’s statement on an imaginary attack on Gen. Buhari in Lagos must be his own way of saying ‘thank you’ to his masters for nominating him as minister on Friday, as his reward for ceding the governorship ticket he claimed to have won to Jimi Agbaje.”

The party thanked the people of Lagos for turning out in “unprecedented numbers” to welcome Buhari to Lagos, saying the Centre of Excellence(Lagos) had never witnessed such a huge and cheery crowd.

Where you at the rally? Was Muhammadu Buhari stoned? let us know at the comment section…

Jonathan Nominates Obanikoro And Six Others For Ministerial Appointments