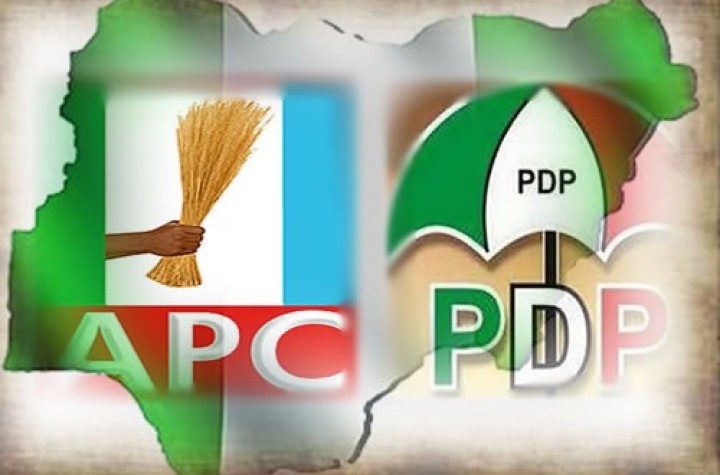 Thousands of members of the All Progressives Congress (APC) have defected to the Peoples Democratic Party (PDP) in Niger and Kebbi States. News Agency of of Nigeria (NAN) reports indicate that, while 2,000 members left the APC for the PDP in Suleja, 2,750 members also defected to the PDP in Koko/Besse Local Government Area of Kebbi state.
Speaking on behalf of the defectors in Suleja, Niger State, a three-time chairman of the local government area, Alhaji Abdullahi L. Suleiman, said they had to leave the APC because the party had no direction, adding that they were also made to swear by the Quran to abide by rules and directives from the party.“APC is the only party that will make you swear with the Quran to abide by rules and directives of the party, which we did but when we discovered that it is all deceit, we had to leave the party back to the PDP where we left from.
“We had to return to the party that we can see its structures and development on ground, because there is no ward in the 25 local government councils in the state that has not received dividend of democracy through the Ward Development Project,” he explained.He also stated that the over 2,000 decampees are from ten wards in the state adding that more would join them. According to Suleiman, he was not financially induced to return to the PDP, adding that he returned because of his conviction that PDP has better things in stock for the people of the state.
He stated that people are worried about the continuity of some of the policies of the Niger State Governor, Dr. Mu’azu Babangida Aliyu, adding that voting for the APC will mean discontinuation of the policies like paying of NECO and WAEC fees, which is difficult for some parents to pay.Speaking after he received them into the party, Aliyu said most people, who left the PDP felt that the popularity of the APC because of the Presidential candidate was going to ‘catch fire’ but when reality dawned on them that it’s a party revolving around one person they had to come back home. “They had to come back to what they are used to.”Meanwhile, in Kebbi State, the spokesperson for the defectors, Alhaji Maikano Koko, told Governor Saidu Dakingari in Koko yesterday that the defection was sequel to the numerous development projects sited in the area by the current administration.He said the PDP-led government had provided infrastructural facilities while giving attention to agriculture and youth empowerment. Koko also said the defectors decided to join the PDP due to the equitable provision of state resources.
Also speaking, the state Chairman of the PDP, Alhaji Bello Doya, assured the defectors that they would be treated fairly, saying “ the PDP family cherishes honesty and fairness among members. “Doya, who called on the new members to shun money politics, said “ we need trust worthy leaders who fear God and can impact positively on the lives of the people.’’ In his remarks, Dakingari commended those who defected and promised them equal treatment.
“Political activities are for development to take place and not primitive accumulation of wealth to the detriment of the generality of the people. We would sustain prudence and equity in leadership,’’ he said.
He urged the defectors to eschew violence and politics of blackmail and thuggery, stressing that peace was paramount to the nation’s existence and development.The PDP governorship candidate in the state, Sarkin-Yaki Bello, has promised to lead by example if elected. Bello, who said he would consolidate on the gains recorded by the present administration in the state, advised those who defected to ensure that they collected their Permanent Voter Cards (PVCs).
According to the News Agency of Nigeria (NAN), thousands of APC supporters recently defected to the PDP in Sakaba, Fakai and Shanga Local Government Areas of the state, as well..