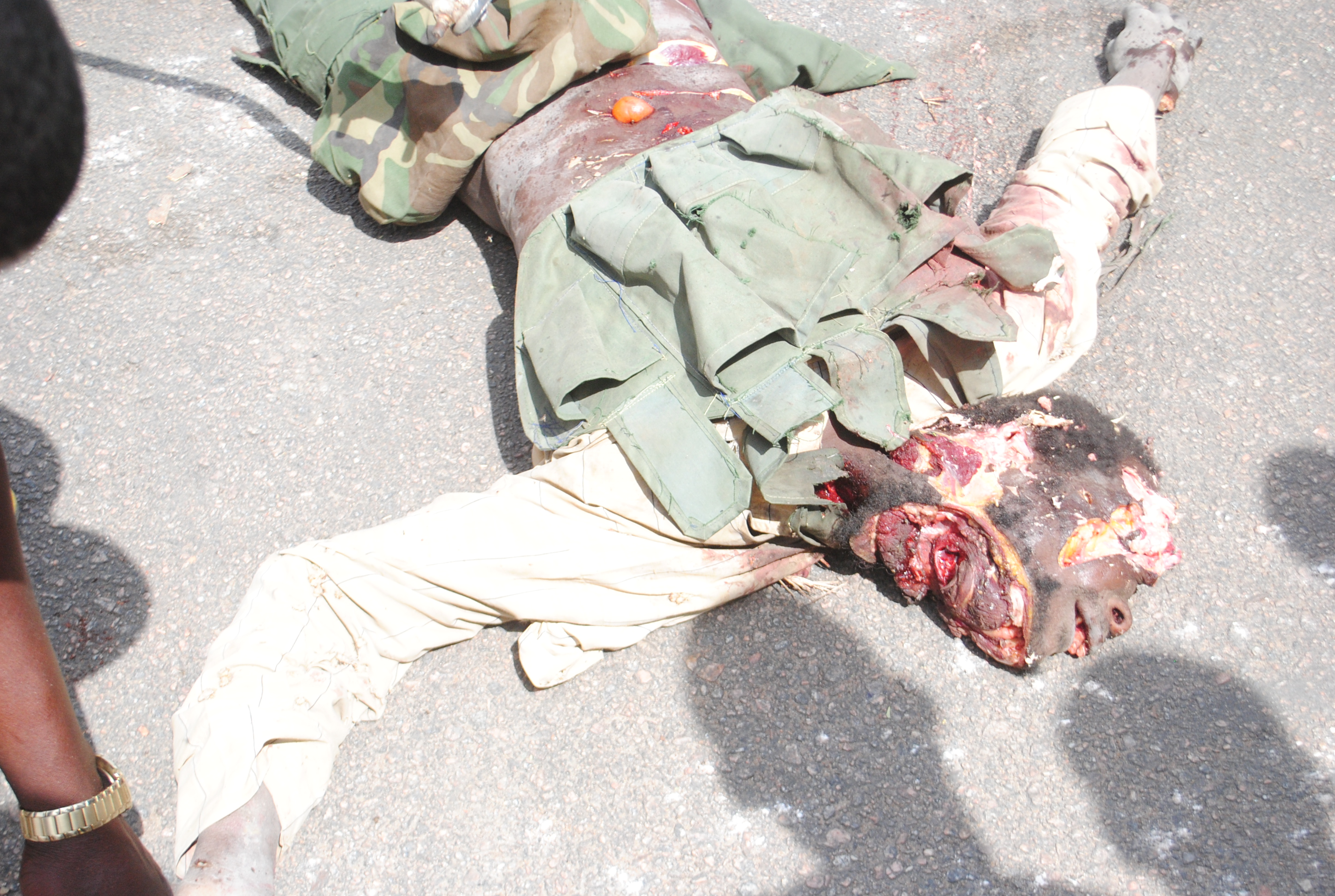 Continuing coordinated ground and air mop up activities by military personnel in the aftermath of diversionary terrorists attacks on Maiduguri and Konduga have led to the destruction of dozens of more terrorists. [Pictured body of insurgent killed]

Security sources confirmed that at least 53 more terrorists lost their lives as troops in pursuit of terrorists engaged those that fled and their additional reinforcements in the outskirts of Konduga and Maiduguri in a battle Sunday night/early Monday morning.

The sources added that “Health and emergency workers are having hectic challenges in evacuating terribly mangled corpses of the terrorists for mass burial.”
Meanwhile, a tweet on the twitter handle of Defence Headquarters merely disclosed that a substantial number of heavy weapons have been captured in addition to the number of terrorists that died in the night fighting till Monday’s morning.

It added unfortunately that Nigerian forces also recorded some casualty but that “troops and Air force patrol are still ongoing.”

A military source told PRNigeria that the suicidal attempt on Maiduguri and Konduga might have been staged to divert troops’ attention from their goal of commencing the “once and for all” battle against the terrorists by members of the Multinational Joint Task Force from Cameroon, Niger, Nigeria and Chad planned for early this week.

There are fears that saboteurs among local sympathizers in one of the affected communities might have betrayed the troops, especially concerning the plans to annihilate terrorists to pave way for the success and peaceful conducts of forthcoming elections in every part of the country.