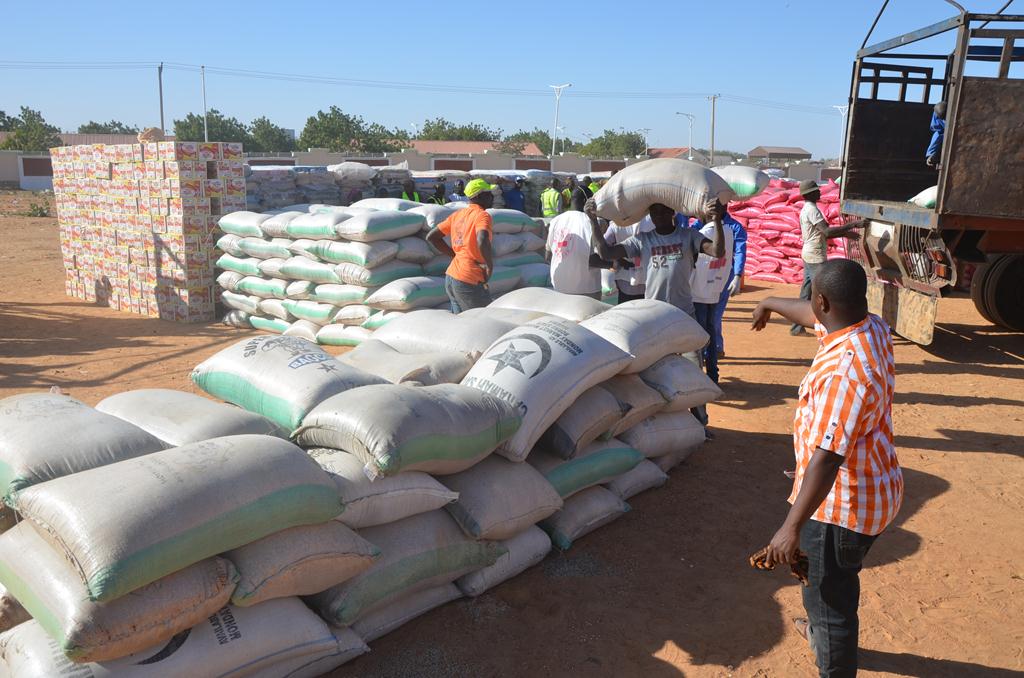 The National Emergency Management Agency (NEMA) has continued to respond to the plights of the Internally Displaced Persons (IDPs) from Baga, Gubio and Ngala by distributing relief materials to them at the Teachers Village camp in Maiduguri where they are presently taking refuge after the recent attacks by insurgents on their communities.

The NEMA relief items have been delivered to the camp and continuously being distributed to the IDPs even as the Agency deployed more officers to the location to provide necessary supports that may be required from time to time. Also, a special team from NEMA head office Abuja have visited the camp to assess the relief effort and ensure that the needs of the IDPs are properly taken cared off.

Director General of NEMA Muhammad Sani Sidi who was represented at the relief distribution by the NEMA North East zonal Coordinator Alhaji Mohammad Kanar assured the continued supports of the Federal Government to the IDPs. He said NEMA has stockpiled sufficient relief materials that could support the displaced for over several months while its officers have been deployed to the camps to further assist the IDPs.

The relief distribution, he said will be on a continual basis to cater for the basic needs of the IDPs.

Responding on behalf of the IDPs, the Chairman of Kukawa Local Government Area Alhaji Musa Bukar appreciated the Federal Government for the prompt support in the delivery of relief items to the IDPs at the camp.

It will recall that NEMA had last week delivered more than four trucks load of relief items to more than 3, 000 IDPs at the Teachers Village camp Maiduguri. The relief materials distributed were made up of food and non-food items including rice, maize, noodle, mattresses, baby foods, blankets and medication, etc.

The relief distribution are being carried out in collaboration with representatives of the Borno State Committee on Internally Displaced Persons, Red Cross and security operatives.
Manzo Ezekiel
Press Officer
20 January 2015