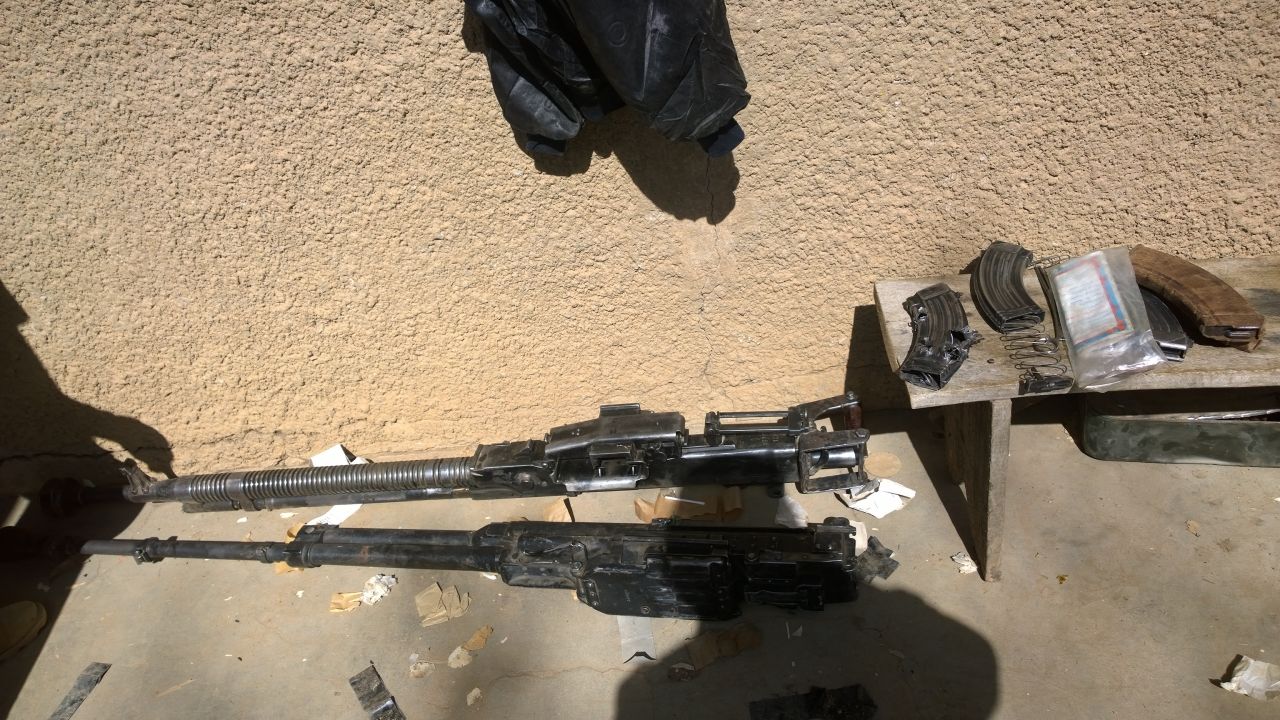 The number of Boko Haram terrorists who perished in their ill-fated attempt to capture a military base in Biu, Borno State has been put at 78.

It would be recalled that in the early hours of Wednesday, hundreds of terrorists, including foreign nationals were repelled in a determined effort by Nigerian troops from expanding their operational bases and capturing weapons.

Of the terrorists who were killed and captured during a pursuit by the military, include those of foreign nationalities.

Two Anti-Aircraft Guns were captured from the terrorists during the operation.

However, competent military sources confided in PRNigeria that as at Thursday afternoon, at least 78 bodies of the terrorists have been counted.

When contacted, Defence Spokesman, Major General Chris Olukolade declined to comment on Boko Haram casualty figure saying that the military is more concerned about the success of the operations than the figures of the terrorists killed during the encounters.

He nevertheless confirmed that mopping up exercise in the area continued. He said “what is important now is for us to consolidate on the victory, recapture areas where the terrorists are presently operating and restore peace to the entire north east.”

Note: The attached graphic images from Biu operation may be offensive to some readers.