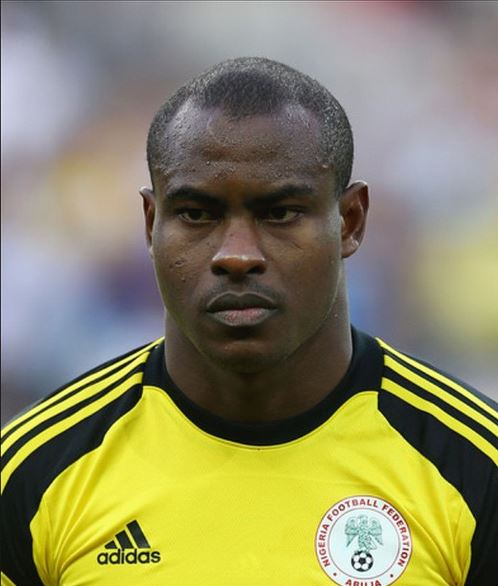 Super Eagles of Nigeria and Lille of France goalkeeper, Vincent Enyeama, three-time African Player of the year, Yaya Toure of English Club, Manchester City and Cote d’Ivoire and Gabonese Pierre-Emerick Aubameyang currently playing for Borussia Dortmund in Germany have made the top three of the 2014 African Player of the Year Award.

Confederation of African Football (CAF) on Thursday in Cairo unveiled the top three nominees for the 2014 Glo-CAF African Footballer of the year Award which will be held in Lagos, Nigeria on 8 January, 2015.

The release of the top three players competing for the prized crown of African footballer of the year award heightened expectation across the continent on who would be the next King of African Football.

The king will be crowned at the Awards Night holding at the Convention Centre, Eko Hotel and Suites, Lagos on 8 January, 2015.

CAF also released the names of top three finalists for the Africa-based ‘Player of the Year’ Award. They include the duo of Akram Djahnit and El Hedi Belamieri of Algeria and ES Setif FC and Firmin Mubel Ndombe of Congo and AS Vita.

The trio of Clinton Nj’jie and Vincent Abubakar from Cameroun and Yacine Brahimi from Algeria made the top three of the Most Promising Talent Award while Algeria, Libya and Nigeria were listed for National Team of the Year Award.
The list is prepared through a vigorous selection process by the Technical, Football and Media Committees of CAF, taking into account the performance of the players for their national teams and clubs from January to November of each year. The ultimate winner of the award will be decided by votes from the Head Coaches or the Technical Directors of the National Associations affiliated to CAF.

The Glo-CAF Awards gala is the continent’s most prestigious sports event, providing Africa with a reputable forum for recognising and rewarding achievement in the various departments of football.

Globacom Limited has partnered with CAF in the past nine years, working together and stimulating the growth of African football through the Glo-CAF Awards.

According to Globacom, “the partnership between Globacom and CAF was inspired by the telecom company’s strong belief in football as a vehicle for communication and social integration.

“As the Glo-CAF partnership hits the ninth-year mark, we at Glo take pride in the significant strides our alliance with CAF has achieved in raising the quality and popularity of football in Africa. We will continue to use our clout in sports sponsorships to develop the round leather game in and around the continent of Africa.”