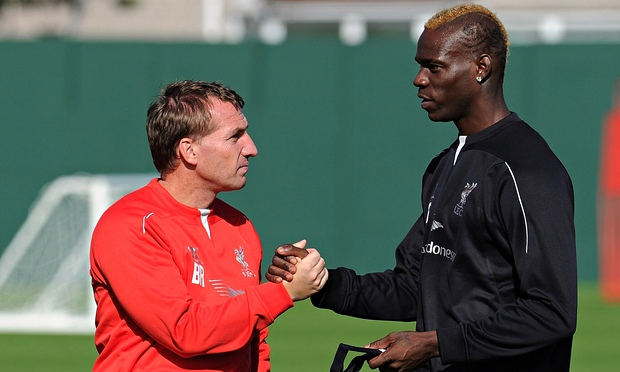 Liverpool boss, Brendan Rodgers has revealed that the club’s misfiring striker, Mario Balotelli is not doing so well at the moment because the club’s current tactical formation does not suit his playing style.

Speaking ahead of the Red’s Boxing day fixture against Burnley at Turf Moor, Rodgers revealed that the Italian will be available for selection after serving a suspension in the club’s last domestic game. Balotelli has scored only two goals since joining the Reds from AC Milan in the summer transfer window.

‘Having worked with Mario during the time he’s been here, we’ve seen that he’s a player who is better in and around the box, so that level of intensity and pressing isn’t a part of his game.

‘But you try to get the best out of the players that you have, and the qualities that they have, so that’s something that we’ll focus on.

‘The most important thing is that he’s now available after his ban. That adds another player to our squad, especially with Fabio Borini not being available because of suspension’, Rodgers said.