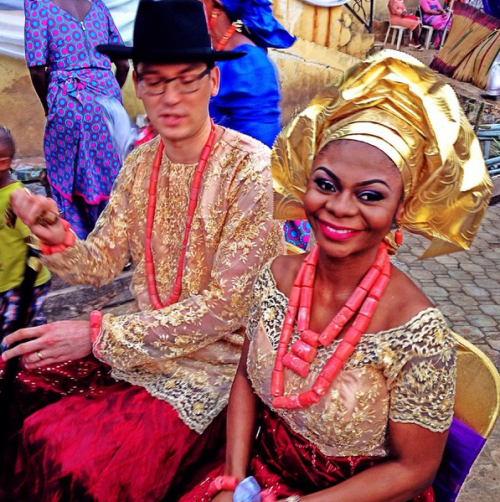 Details are sketchy at the moment but former Big Brother Africa winner, Karen Igho is now a married woman. She has been keeping everything regarding her relationship hush hush for reasons best known to her but it is clear now that she is married to a white man.

Pictures of her traditional wedding have hit the internet and there are also reports that she allegedly had her white wedding yesterday December 13th, 2014. Her name on Twitter now reads @KarenIghoRakos and that may imply she is now Mrs. Rakos.

Here are some of the photos from her traditional wedding

“Staying Married Is Not An Easy Thing” Nollywood Actress, Genevieve Speaks On Why She’s Single