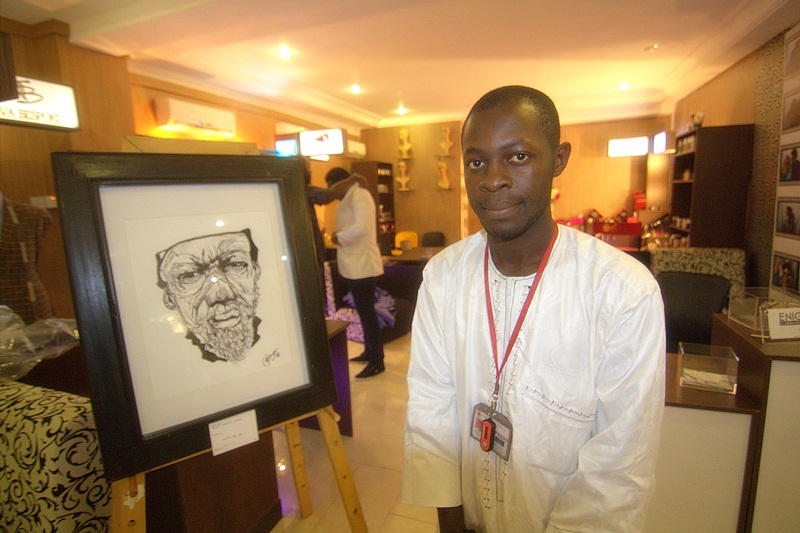 I have recently read Iniobong Umohs piece on who is likely to emerge as president in 2015 where he postulates a Reluctant Theory that erases Kwankwaso, Buhari and Atiku into a conclusion that Jonathan will emerge again. It will be easy to accept such a theory, especially given how it relates to the very defeatist nature Nigeria has shown when it concerns the polls and the all-powerful ‘…Powers that be…’

Iniobong transfers the power of the people into the hands of the Powers That Be, i wont debate the existence of such a group, that we have found the tendency to conformity in our society so strong that reasonably intelligent and well-meaning young people are willing to accept white black is not just a matter of concern, it raises questions about our ways of education, and the values that guide our conduct.

In retrospect, if such a puppet stringing group exists, then perhaps they were on a holiday when General Ibrahim Badamosi Babangida marched personally to remove General Muhammadu Buhari and initiate a high echelon politics within the Supreme Military Council to emerge President. Maybe we can both agree that anything is possible while facing the barrel of a gun. By doing so, we could dispel the scenarios of Murtala, IBB, and Abacha as abnormal conditions under the theory. But for the love of history, we cannot fail to go back just a little to Dr. Nnamdi Azikiwe, who vehemently worked hard to become governor general and eventually Nigeria’s first president. He was an ambitious man with eyes on the seat of power.

Perhaps another abnormal condition to the Reluctant Theory is General Muhammadu Buhari, an ambitious and relentless man never letting go of his dream of Nigeria under his rule, time and time again. He too had of course once been selected. Come 2015, whether he is known to have contested and lost, the votes for him will pour into the ballot box in millions.

Here is a piece of heresy. If the Powers That Be have been making these selections for Nigeria, then they have been doing a terrible job by selecting people with ambitions to become Presidents. Ambition has often been the actions that put dreams into reality. Had Awolowo emerged as president, our collective story as Nigerians would certainly have been different.

Of all those without any ambition towards ruling the country, selected by the Powers That Be, only Obasanjo did not deliver the country into complete chaos, at least not directly. The era ushered in by the Shagari, Shonekan, and Yar’Adua administrations have been known to be trying times for the country. Shagari was swallowed by corruption; Shonekan was gobbled up by a coup and Yar’adua clinging to power even under failing health.

Will Umohs Powers That Be hand over power to Jonathan in 2105? If they can, this may only be achieved by neglecting growing dissent in the South-West over corruption levels within the Jonathan administration, downplaying the reality in the South-South that Ameachi and the oil wells transferred to Bayelsa from Rivers State will not be an easy topic to put down or that Ibori is still in prison while Alamieyeseigha is roaming free, forget that over two hundred families lie in waiting and ignore the sad reality; that parts of the North-east remain beyond enemy lines, that IDPs are multiplying by the day, that the death toll has been a five year body count, and that Jonathan has ceaselessly refused to pay even a condolence visit. I think this will be a Herculean task, even for the Powers That Be.

If all through it, the Powers That Be hands over power to Jonathan, then the cycle is bound to repeat itself. The problems of religion, divisions in the North and South, and the ‘my turn for corruption’ attitude is likely to continue. Because democracy, irrespective of pre-existing conditions, if it is to become our collective philosophy as Nigerians, must be based on election and not selection. Dr. Nnamdi Azikiwe understood this most, bitter over the decision of the British to leave power in Northern hands, he joked ‘Nigeria was given her freedom on a platter of gold. We should have known that freedom should be won, not given on a plate’

Of course all this is if as Umoh maintains, power isn’t with the people, but with the Powers That Be. But time without number, the power of the people has remained greater than the people in power. Perhaps the opposition party APC may not reach an acceptable decision and fall apart after the primaries, but those in the North have a say, and anywhere you go, the chant is the same. Sai Buhari

Opinion: This Is Why President Jonathan Is The Worst Elected President Since 1960