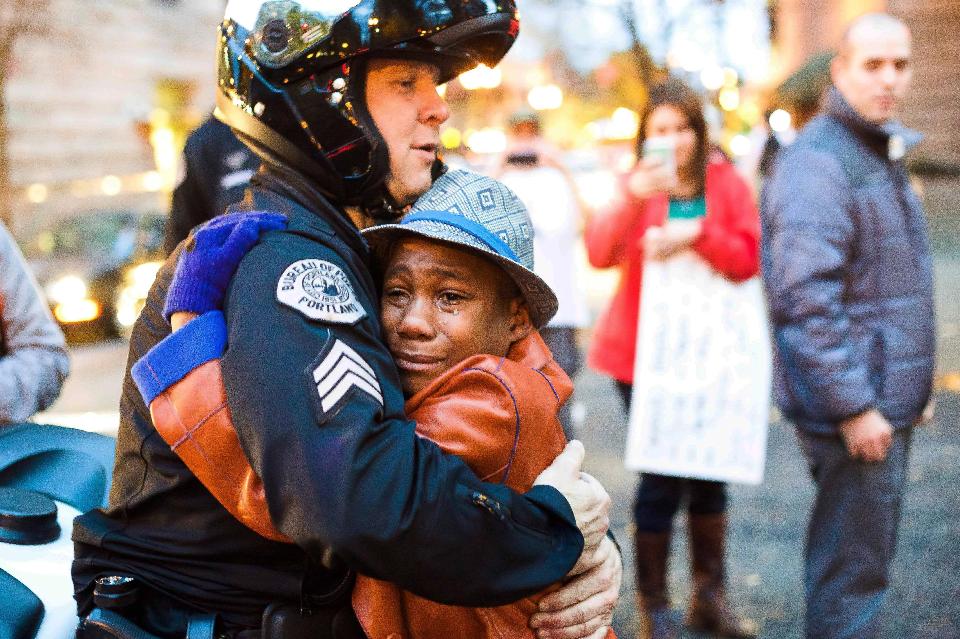 Spurred by the Ferguson, Missouri shooting, President Barack Obama is calling for $75m in federal spending to get 50,000 more police to wear body cameras that record their interactions with civilians.

However, Obama is not seeking to pull back federal programs that provide military-style equipment to local law enforcement.

The president was making the announcements on Monday from the White House during a series of meetings with his Cabinet, civil rights leaders, law enforcement officials and others.

At least for now, Obama is staying away from Ferguson in the wake of a racially charged uproar over a grand jury’s decision last week not to charge the police offer who fatally shot unarmed 18-year-old Michael Brown.

The White House has said the cameras could help bridge deep mistrust between law enforcement and the public.

Al Jazeera’s Kimberly Halkett, reporting from Washington DC, said that it offers an opportunity for similar disputes with the police to be recorded.

“This would eliminate situations not just in Ferguson but around the United States,” she said.