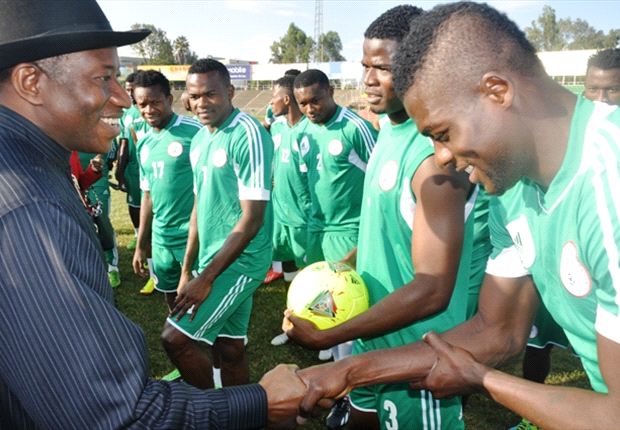 The Super Eagles of Nigeria defeated the Red Devils of Congo 2-0 at Pointe Noire on Saturday to get back their AFCON 2015 qualification campaign back on track. That victory must have been pleasing to most soccer fans in Nigeria and that includes President Goodluck Jonathan who has through a statement by his  Special Adviser on Media and Publicity, Reuben Abati congratulated the Eagles on their victory.

Part of the statement read:

“On behalf of all soccer loving Nigerians, the president heartily commends the Super Eagles for their winning performance in Pointe-Noire.

“The victory has wiped away the disappointment of their earlier outings in the qualifying series and rekindled the hope of Nigerians in the team’s ability to bring further glory to the country.

“Jonathan joins other Nigerians in looking forward to seeing the Super Eagles complete the task of qualifying to defend the title at the 2015 Nations Cup Finals with victory against South Africa in Uyo, next week.

The Super Eagles will welcome South Africa on Wednesday in the final qualification match which will be played at the newly built Akwa Ibom stadium complex in Uyo. It will be the first competitive game to be played in that stadium.

Blind May Suffer Long Spell On The Sidelines After Injury Scare