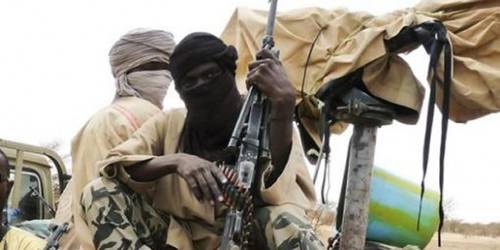 Abdulhamid gave the order at Maryam Babangida Girls’ Science Secondary School, Bosso, during an unscheduled visit on Thursday, after a man in school uniform was trying to sneak into the hostel in the early hours of Thursday.

“Government has resolved to suspend all congregational activities in our schools for the time being. These enemies of the society are fond of attacking schools during such activities and we feel we should suspend it for now to ensure safety of our children and teachers,” Abdulhamid stated.

Confirming the incident, Hajiya Fatima Madugu, the school principal said the suspected bomber tried to gain entrance to the school through a seldom-used foot path, but was busted by schoolteacher Bezat Doma, who came to college through the bush path, saw him, already dressed in the school uniform and raised alarm.

“I was scared, when I saw the man almost dressed in the school uniform and was about to put on the Hijab (veil) when I sighted him. It was because of the smell of Indian hemp that made me looked at his direction,” Doma narrated.

“The man told me to go home, that there is no school today. Go if you love your life and I just took off my shoes and ran back. But, instead of going home, I went to inform our principal on the assembly ground.”

The swift arrival of Military and other security operatives kept the already scampering students calm.