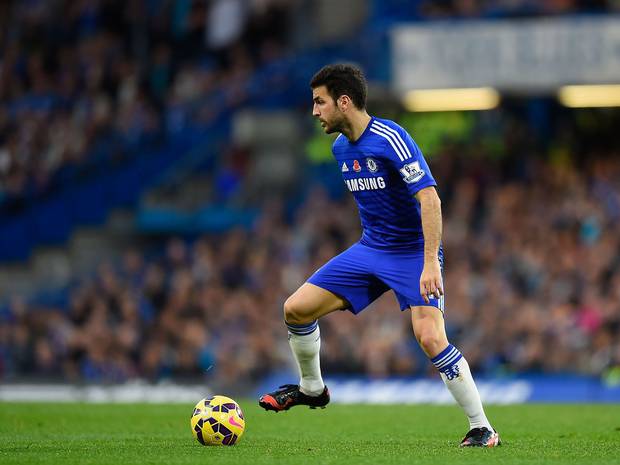 In-form Chelsea midfielder, Cesc Fabregas has been ruled out of Spain’s Euro 2016 qualifier  match against Belarus slated for Saturday after the medical team of Spain has tests on the player in Madrid and confirmed he was suffering a hamstring injury.

This will come as a surprise to football fans who watched Chelsea’s 2-1 victory over Liverpool last weekend; a match where the Spaniard played the full 90 minutes and showed no injury signs. In just 15 appearances for the Blues in his debut season with them, the former Arsenal and Barcelona man has made 11 assists and scored two goals.

Spain has called up Villarreal midfielder, Bruno Soriano as Fabregas’ replacement in the squad.

‘I am Desperate’, Willian Reveals He Needs To Score More Goals