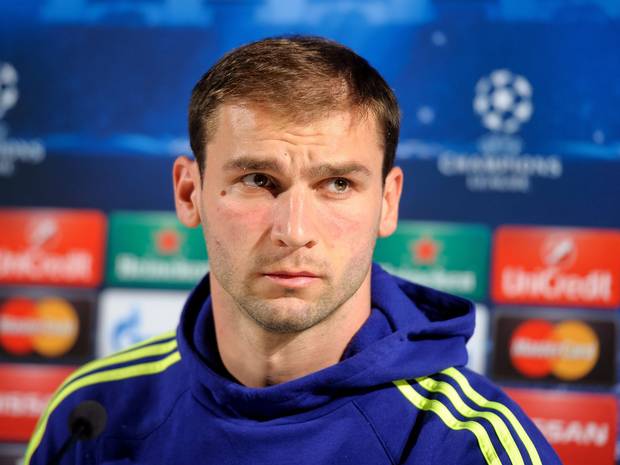 Chelsea faces Liverpool in the Barclays Premier League on Saturday in a tie which will be keenly followed by soccer lovers. The Blues who played on Wednesday in Slovenia against Maribor in a Champions League encounter may face fatigue having just returned to England on Thursday but some Chelsea players have said the Liverpool game is so important that they cannot take chances; fatigue or no fatigue. Liverpool meanwhile played against Real Madrid on Tuesday; a day before Chelsea’s game.

Serbian defender, Branislav Ivanovic is one of those who believes that the Blues will be ready for the lunchtime kick off:

‘It’s a fact we have one day less to recover but we have to take that out of our minds, it can’t be an excuse for us,’ said the Chelsea defender. ‘We must focus on the next game. There is nothing we can do about it, our schedule in the last few years has always been like that and we often have one day less than our opponents to recover. We work hard every day and, for sure, we will be ready for the game.

‘We will have had two days to recover, that’s normal and it’s not the first time we’ve had to do that. We are professionals and we know what we need to do to be ready for the game. It’s massive, a crucial match for us, and for these type of games you have to find extra motivation, it’s not about tiredness or fitness.’

Chelsea remains unbeaten in all competitions this season but are expected to face a stern challenge against the Reds who lost out of a chance to life the Premier League trophy last season as a result of a 0-2 defeat to Chelsea which eventually swung the pendulum in favour of the eventual champions, Manchester City

Ivanovic expects a different game this time around:

‘The game last season was completely different to this one; there were only three games to go, they were fighting to be champions and they had to win that game,’ he recalled.

‘This time we are top of the table, we know how difficult it is to play at Anfield but our team knows how to win there. I think it will be an exciting game and we know what we have to do to get the points.’

Chelsea managed a point in midweek after a keenly contested match with Maribor in the Champions League ended 1-1 and the Serbian defender has learnt some lessons from that:

‘We cannot be relaxed, we need to learn from every game. If we don’t play with a high intensity we will struggle to get results, so we have to be smart, and know that it’s important to play every game for the whole 90 minutes,’ explained the Blues right-back.

‘When you look at the positives from games like the Maribor one, it reminds us how our performances need to be to take points from Liverpool away. We know it’s not possible to win there if we play like we did against Maribor.’

‘Think About The Hornets’, Barack Obama Hits Back At Michael Jordan