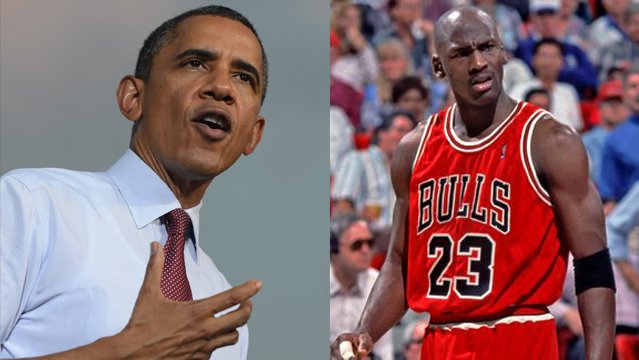 The US President has laughed off those remarks and has advised the American Basketball legend to focus on fixing his NBA club. Obama was asked about Jordan’s remark while speaking to Wisconsin radio station WJMR and he had this to say:

“Mike and I, we know each other, but I’ve never played golf with him,” Obama said … “Michael wasn’t very well informed about this. I think he might’ve just been trying to give Ahmad an extra ratings boost on his show.”

“But there is no doubt that Michael is a better golfer than I am. Of course if I was playing twice a day for the last 15 years, then that might not be the case.”

“He might want to spend more time thinking about the Bobcats … or the Hornets.”

Michael Jordan’s Hornets are 1-3 at this moment.

‘No Excuses For Us’, Ivanovic Speaks Ahead Of Liverpool Match

‘The Honour Of Playing For My Country Is Enough’ Dike Rejects $7,000 World Cup Bonus