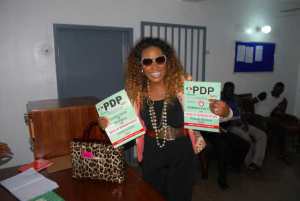 Another Nigerian singer is keen on representing her people in the 2015 elections and this time around it is Chief Mrs Gift Eke popularly known as Muma Gee in music circles that has picked up the PDP Intent and Nomination form to run for a Federal House of Representative seat.

She will be contesting for the seat to represent  constituency 1 of the Abua/Odua and Ahoada East local Government Areas of Rivers State in the lower arm of the National Assembly come 2015. 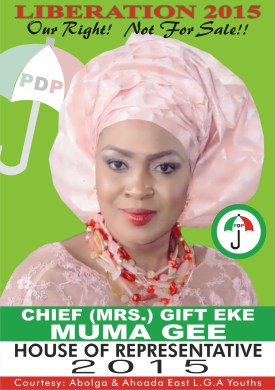 “Wizkid Is Either Not A Thinker Or Has Consumed Himself With Pride”, Saeon’s Ex-Manager Makes Strong Claims