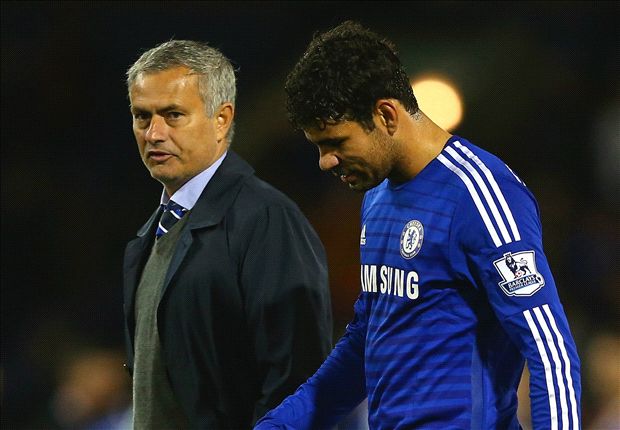 Chelsea manager, Jose Mourinho has confirmed that Spanish striker, Diego Costa who has missed the Blues last four games is available for selection when they face Queens Park Rangers today. Since playing twice for Spain, the striker has been injured but may be in Chelsea’s starting line up when they face the Harry Redknapp tutored side on Saturday.
Loic Remy is still injured for the Blues but the return of Diego Costa will be a big boost for the premier league leaders who will square up against Liverpool next weekend

‘It is difficult when only one striker is available, when you have two obviously the situation improves,’ Mourinho said.