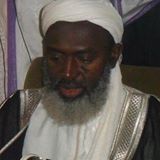 The Ijaw Youth Council Worldwide has urged a Kaduna-based Islamic cleric, Sheik Ahmed Gumi, to stop inciting Muslims against the Christians in the country. The Prominent Islamic Cleric had told President Jonathan not to contest the 2015 elections.

The council was reacting to an open letter written by the cleric to President Goodluck Jonathan that the President should not contest the 2015 Presidential election. The cleric had said that Jonathan’s victory would set the country ablaze and that his leadership was sectional and biased against the Muslims.

In a statement on Sunday by the group’s spokesperson,  said the allegations by Gumi against President Jonathan were baseless and unfounded.

In a statement released on Sunday, spokesperson for the IYC, Mr. Eric Omare, said “The IYC condemns the letter in its entirety. It is disappointing for such a letter to be written by a religious leader who ought to be an agent of stabilisation in the country rather than acting as an agent of destabilisation.

“Gumi’s letter is solely motivated by political reasons to satisfy his political interest and paymasters. It is a well known fact that the Islamic religion is the most potent weapon used by northern politicians in mobilising against Christians in the North which has resulted in the killing of thousands of innocent Nigerians.”

“Therefore, the group calls on the relevant security agencies to proactively investigate Sheik Gumi’s inciting letter and bring him to justice. It is totally unacceptable for some persons to hide under the umbrella of religion to promote their political interest and in the process waste the lives of innocent Nigerians.”

By Running A Government Which Rewards Only His Friends And Family, Jonathan Is Practising Presidentialism And Clientelism -Atiku