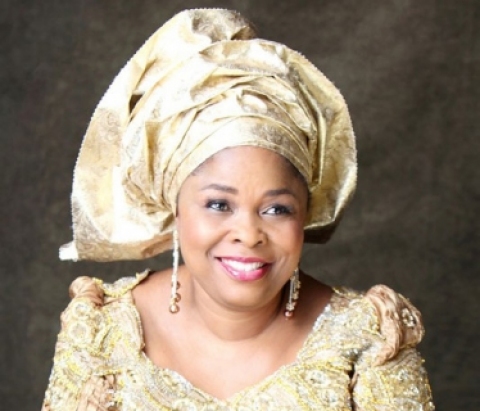 President Goodluck Jonathan’s 2015 re-election bid has come under threat due to the persistent attempt of his wife, First Lady, Dame Patience Jonathan to impose her favoured candidates on the party.

Already, some elders and governors in the Peoples Democratic Party have warned that if the dictatorial tendencies of the First Lady continues, the President would end up disappointed. Party leaders are not impressed with the attempt of the First Lady to impose herself on the state working committees of the party, especially in Bayelsa, Rivers, Delta, Akwa Ibom, Bauchi and Kwara states.

“I have spoken to many elders in the party and they said they would not vote for President Jonathan because of his wife. Even myself will not vote for PDP.  It is not because we hate Jonathan but we can no longer cope with the overbearing influence of his wife. So, expect among other things and protest votes against Jonathan by even PDP members.

“All we don’t understand is why the President is allowing her to carry on the way she is doing. I think there is something the First Lady is using as a secret weapon against the President that we don’t know. No President has allowed his wife to be this power drunk. What is happening is not normal.” A Chieftain of the PDP told NewsDiaryOnline.

He said the issue of the First Lady’s excessive interference with party matters was one of the problems some governors confronted the President with in a recent meeting between Jonathan and the PDP governors.

He further recalled the scenario in Rivers State where Patience Jonathan is leading a campaign to make former Education Minister, Nyesom Wike, the Governor.

“The PDP elders are watching with shame the macabre dance in Rivers State by the First Lady. Recently, the First Lady visited Nyesom Wike in his house in Port Harcourt.

“In that televised visit, she held Wike’s hand and placed it in the hand of Peter Odili. It is an endorsement and it has never happened before. That singular act is unbecoming of a First Lady. With what she is doing in Rivers, we won’t be surprised if PDP loses that state to APC”.

“This is the first time a wife of the President would be allowed by her husband to be this powerful. It is shameful that Dame Patience has the liberty to summon service chiefs, ministers and top members of our party at will.

“Remember her meddlesomeness in the Chibok girls’ saga how she called meetings of service chiefs and parents of the girls and was shouting at them, insulting them on national television.

“Where has it happened before? It was one embarrassment too many for Nigeria. The First Lady has brought the country to ridicule and party leaders are not happy with her excesses”, he said.

The source also lamented that the First Lady was fond of acting without seeking the permission of her husband adding that Dame Patience had made President Jonathan look like a weakling.

He said, “Nigerians are amused that she has no regard for her husband. Imagine her recent resignation as a Permanent Secretary in Bayelsa State civil service. Before the appointment, she begged for it and even her husband appealed for it.

“It was the appointment that even the last Governor of the state, Mr. Timipre Sylva, refused to give her. But when she resigned because of her problem with Governor Seriake Dickson, she did not tell her husband.

“She has been boasting to her aides and other governors that she would ensure that Dickson does not return and that there is nothing even her husband will do about it. The President must call his wife to order to stand a chance.