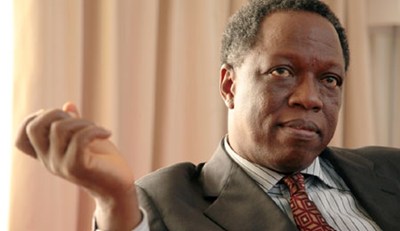 The Nigerian Bar Association (NBA) has confirmed the release of its  immediate past president, Okey Wali, SAN, who had been held hostage by unknown men since October 11.

The NBA President, Augustine Alegeh, SAN said in a statement Thursday night that  Wali was released at about 11p.m. on Thursday.

“I have personally spoken to him and can confirm that he is hale, hearty and in good spirit.

“?The Nigerian Bar Association is greatly delighted by the safe release of Okey Wali, SAN and wishes to express appreciation to all NBA members and well-meaning Nigerians who supported the Bar and the Okey Wali Family during this trying period.

“We must also commend NBA members for keeping calm throughout this period and not taking any steps that may have directly or indirectly jeopardised the efforts for his safe release which have now yielded positive results.

“The Nigerian Bar also wishes to place on record its appreciation of the efforts of the security agencies in securing the safe release of Okey Wali, SAN. The Director General of the State Security Services (SSS), the Inspector General of Police and the SSS State Directors and Police Commissioners in Rivers, Bayelsa, Delta and Edo States who worked tirelessly to secure his safe release deserve special mention.

“While we celebrate the safe release of Okey Wali SAN, we must hasten to reiterate the fact that the spate of kidnappings and general state of insecurity in Our Country is cause for great concern.

“A safe and secure Country is one of the primary roles of Our Government and we call on the Government to promptly address the present state of insecurity in the Country. We cannot continue to live in fear of kidnappers, armed robbers and other criminals.

“We call on the Government to take much more seriously its constitutional duty of providing a safe and secure environment for all Nigerians.”?
?