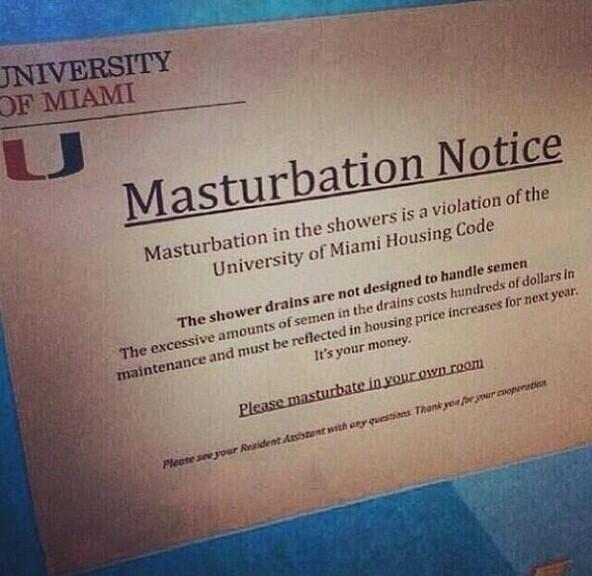 It appears male students at the University of Miami have been polishing their pipes in the school’s bathroom thereby blocking the shower drains.