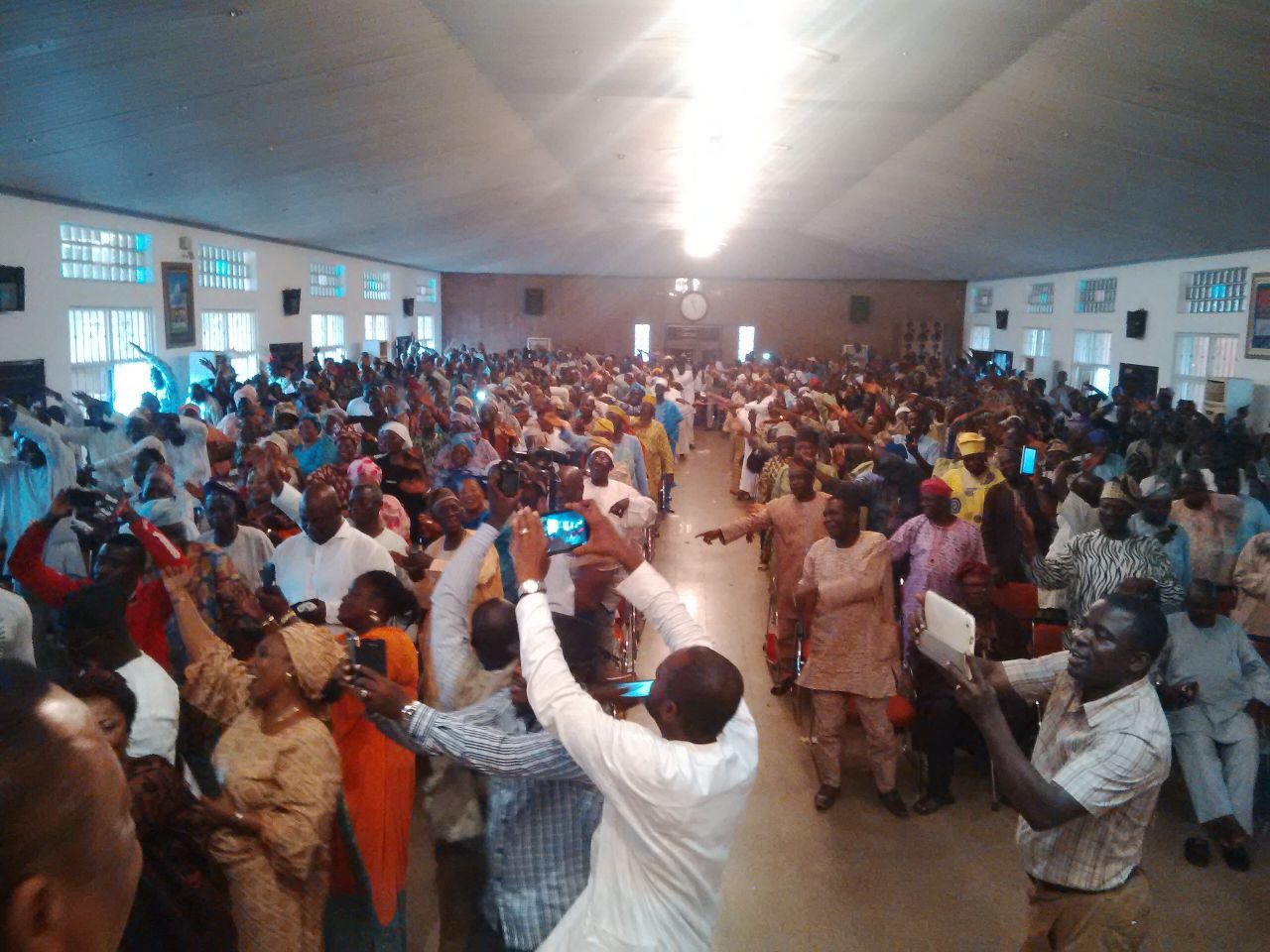 Former Governor of Ogun State, Otunba Gbenga Daniel has reiterated the fact that the People’s Democratic Party (PDP) is back on its winning ways in Ogun State.

Otunba Daniel, who stated this at a unification meeting held at his Asoludero Court residence in Sagamu said the coming together of a rainbow coalition of parties that dissolved into the PDP has made the structure that now constitutes the party the most formidable in the State and therefore remains the party to beat.

“With the array of major stakeholders of Ogun politics in this Hall, it is glaring that the ingredients for winning elections are at hand and ready to go for power in 2015”, Otunba Daniel said.
According to him, “all that had issues have shifted ground with a collective resolve to work in unity and provide a better alternative to the present government in Ogun State”.

“A leader worth its salt”, Otunba Daniel continued, “is saddled with the burden of providing leadership and guidance towards finding a credible successor and that is exactly why we are on this mission to present a formidable platform that can wrest power from the incumbent and rescue Ogun State before it is too late”.

In his own speech at the meeting, former Minister of State for Finace and the leader of leaders in Ogun PDP, Aare Jubril Martins Kuye thanked all for the loyalty shown Otunba Gbenga Daniel who, he said, warehoused his structure and nutured it into a very powerful political machine in the State.

Aare Kuye also charged the Ogun PDP to set up committees that will come out with workable manifesto that will be presented to the electorate which will translate to electoral victory and overall development of the State.
Otunba Daniel had, on Wednesday last week at the National Secretariat of the People Democratic Party in Abuja rejoined his former political party, the People’s Democratic Party (PDP) at a grand occasion which had its entire leadership in attendance including the National Chairman of the PDP, Alhaji Adamu Muazu, Senate President, Senator David Mark, Deputy National Chairman, Prince Uche Secondus, the Southwest Zonal Vice Chairman, Chief Ishola Filani, the National the National Publicity Secretary, Chief Olisah Metu and the Women Leader, Ambassador (Dr.) Kema Chikwe.

In his speech, the National Chairman of the Party, Alhaji Adamu Muazu congratulated the former governor on his decision to rejoin the party saying that the it is like a homecoming. “PDP is your roots. I am happy today and sincerely welcome you back to your roots. The People’s Democratic Party is a truly democratic Party which is committed to widening and deepening democracy and shall so do everything possible to ensure equity, fairness and justice for all its members both old and new.
The Senate President, Senator David Mark in his own remarks could not hide his excitement at Otunba Gbenga Daniel’s return to the PDP declaring that victory is certain for the party in the State in 2015. “If we are united, we will be stronger. There is no denying the fact that Ogun State is home to PDP and so everybody in the State should be in the PDP”, he stressed.