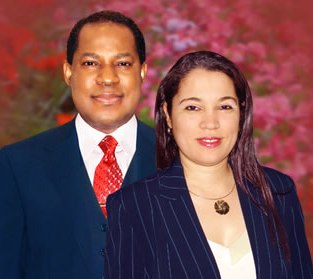 Founder of Christ Embassy, Pastor Chris Oyakhilome has reportedly removed the name of his estranged wife Anita from the church’s popular monthly publication Rhapsody of Realities.
It will be recalled that Anita had petitioned for divorce a few months ago.
When the divorce proceedings became public, the church responded by removing the name of Anita from their website in an action believed to indicate the end of the marriage with celebrity Pastor Chris.
And now, further steps have been taken to ostracize Anita with the latest removal of her name from the popular daily devotional.