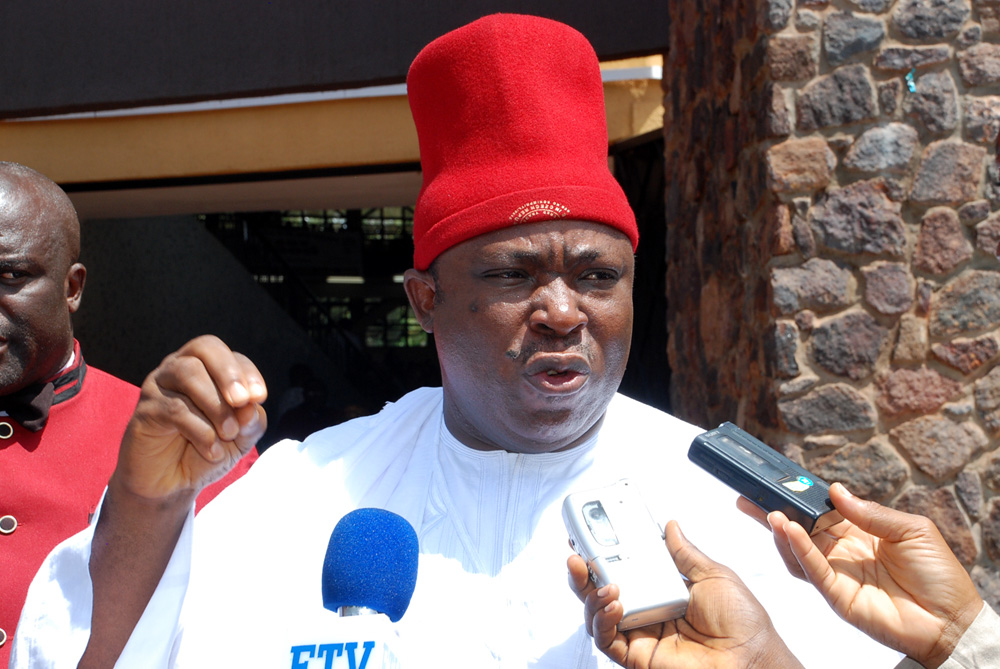 The Leadership of the All Progressives Grand Alliance, APGA has offered automatic tickets to President Goodluck Jonathan and declared total support for the reelection of Jonathan who is of the ruling People’s Democratic Party, PDP.

Governor Willie Obiano of Anambra State disclosed this on Saturday in Awka where a mega-rally was to urge Jonathan to seek re-election as President.

Obiano however said the party’s candidates for all other elective positions will be determined through primaries.

While Jonathan has the party’s presidential ticket, Umeh, APGA’s national chairman, will fly the party’s banner in the Anambra Central Senatorial election. “We are prepared to work with the People’s Democratic Party, PDP at the Presidential level to deliver this state to Mr President”.

Umeh said APGA has gone into an accord with the Peoples Democratic Party to support Jonathan for the presidential election. He added that the party is contesting all the elections at the various level but will not be fielding the Presidetial slot, because members have unanimously agreed to support Jonathan.

Former Anambra State Governor, Mr. Peter Obi, was absent at the rally as he was said to have travelled to the United States to attend the World Igbo Congress.