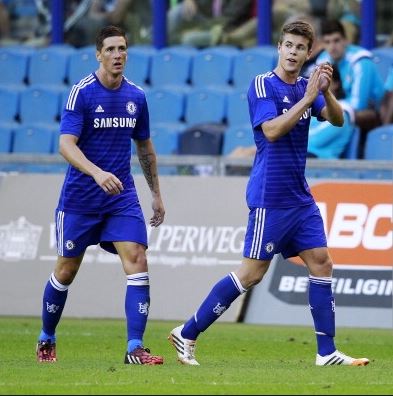 After seeing Mario Balotelli join Liverpool, AC Milan will be looking at bringing a former Liverpool striker to Milan.

The Italian side is keen on signing Chelsea’s Fernando Torres and reports this morning have it that the Milan-based club is willing to meet Chelsea’s asking price for the Spaniard.

Torres earns £150,000 a week at Stamford Bridge and will most likely be asking for a pay off if he is to leave Chelsea in this transfer window.

‘Van Ginkel? We are confident. We have made our proposal to Chelsea and are now waiting on an answer. We hope we can get him,” Galliani told Milan Channel

It seems Chelsea is willing to let the young Dutch go on loan for first team soccer after he suffered a cruciate ligament injury which ruined last season for him. The arrival of Cesc Fabregas from Barcelona and the amazing form of Nemanja Matic suggest Van Ginkel may not be part of Chelsea’s starting eleven for the major part of the season. Chelsea will likely let him go.

‘Lower Your Valuation For Kurt Or Lose Him For Nothing’, Bayern Warns Monchengladbach