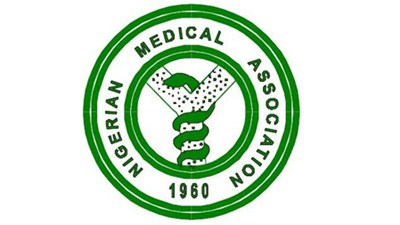 Dr Muideen Olatunji, the Chairman, Oyo State branch of Nigerian Medical Association (NMA), has said that the association is ready to collaborate with the state government to check the spread Ebola virus disease.

Olatunji made the statement known at a news conference in Ibadan on Saturday.

“The NMA, Oyo State branch, is ready to be part of the concerted approach by government to fight the Ebola epidemic ravaging West African countries.”

“Our members are on hand to be mobilised to curtail any eventuality in the state, we only need the government to provide the required leverage before we are confronted with any issue.”

“This haemorrhagic viral disease comes with documented high fatality. The situation has become an international health emergency that requires a coordinated global approach.”

“The epidemic was noticed in some West African countries, such as Guinea, Liberia, and Sierra-Leone – our next door neighbours – but it has now spread to Nigeria, courtesy of an American-Liberian, Mr Sawyer.

“The virus is believed to have infected 1,779 people, killing 961 of them at the beginning of the outbreak earlier this year.

“The possibility of further international spread is there in view of the virulence of the virus.

“The weak health systems in the affected countries and those at risk of experiencing the spread of the virus, should be a cause of concern for all groups and governments,“ he said.

Olatunji explained that the non-specific symptoms of the infection could be mistaken as the onset of illnesses, such as malaria, typhoid fever, meningitis or even the plague.

He identified the early symptoms of Ebola virus infection as prolonged fever, vomiting, diarrhoea, impaired kidney and liver function as well as internal and external bleeding.

“Humans contract the Ebola virus through contact with bodily fluids of infected animals. The virus is believed to be able to survive for some days in liquids, outside an infected organism.

“However, chlorine disinfection, heat, direct sunlight, soaps, and detergents can kill it. So, people should improve their hygiene as one of the preventive measures,” he said.

Jonathan Calls For The Removal Of Age Limit In Nigerian Elections