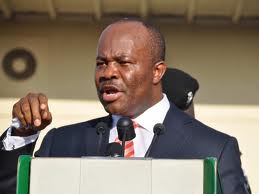 RE: THREAT BY GOVERNOR GODSWILL AKPABIO TO ASSASSINATE POLITICAL OPPONENTS

We are in receipt of your letter dated July 22, 2014 on the above subject matter. We observed with utter dismay its inciting contents and the consequent wide publication of the letter in the press and in the Internet for apparent selfish political motives.

However, as a Senior Advocate of Nigeria, a man of over 68 years of age, and an Ambassador of the Federal Republic of Nigeria, one would have expected a certain level of civility and decorum in your conduct and communication – your antecedents not withstanding. One notes that, during the administration of Governor Victor Attah fourteen years ago, you used the occasion of your birthday to write a letter dripping with vitriol such as this to Obong Victor Attah.

We also noted that in a response personally signed by Obong Victor Attah on that occasion, he claimed that it was such unfortunate irascible nature of yours, which caused it to take so long, and such intense pressure from Government and others, for the relevant bodies to accord you recognition as a Senior Advocate of Nigeria. The reference here is not to disparage you but as you noted in your letter it is always good to consider the history of a matter in line with current developments.

Sir, you hid behind the guise of writing a Letter to the Secretary to the Government to disparage your former boss and benefactor, His Excellency, Chief Godswill Obot Akpabio, CON the Executive Governor of Akwa Ibom State, who in his magnanimity appointed you first as Honorary Special Adviser, and later as Honourable Attorney-General and Commissioner for Justice. He was also the one who recommended you for appointment as an Ambassador, despite all the efforts you made and petitions you wrote to stop his emergence as Governor of Akwa Ibom State in 2007.

An analysis of your intention indicates that you perhaps have a persecution complex and sought to create a victim mentality in order to curry public sympathy. You, with all respect, regard and sincere apologies, sounded like a whining child who believes that by feigning tears, he could be given some toys or privileges. This, one must admit, is the only way to rationalize your responding to misrepresentations of what the Governor said in a few newspapers and stating with perplexing authority from Moscow, that it “was published in all the papers.” Haba, Ambassador!

But with respect to your office of Ambassador, you may wish to know that on the said occasion, Governor Godswill Akpabio used the story of Absalom in the Bible to illustrate that politicians should not seek to kill and destroy in order to attain to an office. He pointed out that Absalom sought to kill his father in order to attain the throne of kingship but he did not succeed. Of course, as a Christian, you should know that David did not kill Absalom, but what Absalom wished for David happened to Absalom himself – despite David’s attempts to protect Absalom and his sadness at Absalom’s death.

It was a timely admonition to all patriotic Akwa Ibom politicians and particularly, his political sons to seek their interests within the limits circumscribed by the constitution and decorum. They should not seek to destroy the Governor or his administration in order to get elected. They should not seek to use the back door (the back door in this context and in line with grammatical conventions, meaning underhand, crude and undemocratic tactics [like Absalom]) to achieve their ambitions. Furthermore, the reference was actually targeted at political sons of Governor Akpabio who are smearing his name in the guise of campaigning. Governor Akpabio, however, indicated his good faith by urging them to repent and turn from their evil ways so that they would be forgiven and would not suffer the fate of Absalom.

Sir, the constitution gives everyone the right to endorse whosoever he pleases for any office in the land. The idea behind the formation of parties in a democracy is for people of the same ideological leaning to cohere and collaborate for the good of the society. I am yet to declare for the office of Governor, though I must admit that the good people of Akwa Ibom State have come to me and declared that they find in me qualities, which make me a perfect fit for the Office of Governor. Having the endorsement of someone of the calibre of Governor Akpabio, given his uncommon transformation and visionary leadership of Akwa Ibom State, would be the dream of any aspirant in Akwa Ibom State and, if you were honest, you would admit that you crave it for yourself. That is why you euphemistically asked me to step out of what you called “Akpabio’s shadow” because you are afraid of Akpabio’s positive influence and mass support in Akwa Ibom State. His Excellency, Chief Godswill Obot Akpabio, CON, the Governor of Akwa Ibom State is one of the best leaders to come out of Africa, he is a God-fearing man and pride to our State. This much you variously acknowledged until Governor Akpabio, it is believed, scorned your efforts to secure his endorsement for your aspiration – it does appear that hell has no fury like an Assam Assam scorned.

Do note, Mr. Ambassador, that in the 2008 American Presidential elections, war hero Collin Powell of the Republican Party, who himself was tipped to run as a Presidential candidate, openly endorsed Barack Obama of the Democratic Party. So why should any true democrat with a good intention be afraid of endorsements?

It is worrisome that you as a Senior Advocate of Nigeria would smell a rose flower and start looking for the cemetery. The scenarios you painted are figments of your imagination. Having worked with Governor Akpabio for the long time you did, you know that he contested in 2007 without anybody being in the least slightly injured.You know that in 2011, even in the face of extreme provocation when PDP members were killed in Ikot Ekpene and Uyo, and President Goodluck Jonathan’s Campaign office along with other houses owned by PDP members were burnt by the opposition ACN and over 500 carswere also burnt, he maintained the peace and did not exact revenge. It is therefore the height of mischief for you or any other political jobber to misquote Governor Akpabio and try to input that the life of anygubernatorial aspirant is under threat in Akwa Ibom State. It is sad that in your unrestrained political ambition you are willing to crucify the innocent. You fail to remember that the crucifixion of Jesus Christ did not stop God’s purpose in His life.

Perhaps the strangest claim in your delinquent treatise was the allusion to reaping where one did not sow and describing yourself as one of the owners of the house. Sir, I am aware that you have a practice in Calabar from where Governor Akpabio invited you to the State and appointed you Honorary Special Adviser, Attorney-General and Commissioner for Justice and currently Nigerian Ambassador to Russia through the benevolence of our President, Dr. Goodluck Ebele Jonathan, GCFR. Sir, you have not lived in Akwa Ibom State in the last four decades. It is on record that throughout the time you served as Honorary Special Adviser and Attorney-General/Commissioner for Justice, you lived in various hotels in Uyo. In your more than 45 years of legal practice and up to the time His Excellency, Chief Godswill Obot Akpabio, CON nominated you for appointment as Nigerian Ambassador, you failed, refused, and/or neglected to sow in Akwa Ibom State by even building a bungalow in your State capital. We know for a fact that it is not for lack of money but for lack of love and believe in your State. So with all humility, what have you really sown in Akwa Ibom State? Dubious petitions against innocent persons?False and malicious publications or slanderous propaganda you are well known for? However, Akwa Ibom State citizens acknowledge yourhuge investment in real estates in Calabar, Cross River State though none in Uyo, your State capital. So if anyone has ever reaped where he did not sow, I beg to point out, Sir, that that person is Chief Assam E. Assam, SAN.

Finally you claim to be waiting for me at the rear door. Sir, with all apologies, you may have a long wait because all my life I have always used the front door. It was this attribute, which led to my meteoric rise in Corporate Nigeria and my proven track record in Corporate Governance and financial services across West Africa and Europe. If you ever repent and want to use the right door, I will meet you at the front door.

Do accept the assurances of my highest esteem.

Kate Henshaw, Joke Silva, Jide Kosoko & Others Gear Up For ‘The Wives’ This October